NEW YORK (1010 WINS) – A man threatened a woman with a needle before robbing and groping her on a Brooklyn subway train, police said.

The 24-year-old woman was riding a southbound M train near the Central Avenue station in Bushwick shortly before noon Thursday when the man came up to her, threatened her with a needle and demanded money.

The woman handed over $10 to the man, who then grabbed her backside, police said. 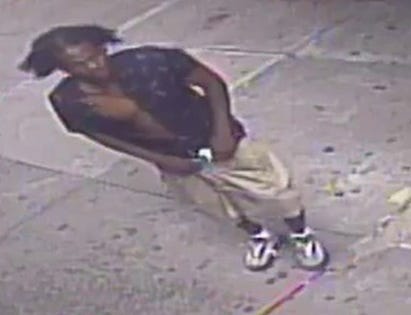 The man ran away at the Central Avenue station, according to police.

Moments before robbing the woman, police said the suspect grabbed a 49-year-old man by the shoulder and demanded money from him.

The NYPD released surveillance video of the suspect on Sunday.