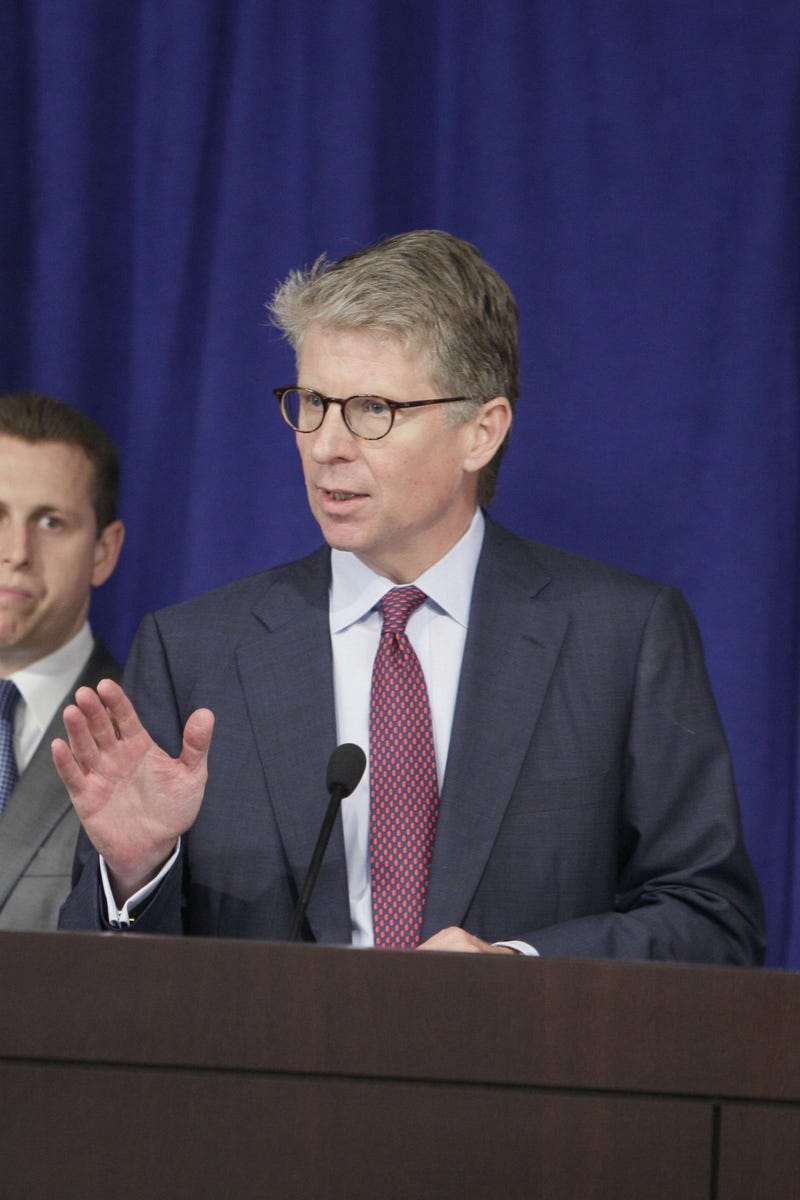 NEW YORK (1010 WINS) -- Good news for protesters arrested in Manhattan on charges of Unlawful Assembly and Disorderly Conduct: Manhattan District Attorney Cy Vance, Jr. announced Friday his office will not prosecute these arrests "in the interest of justice."

His office said it will also continue to "evaluate and decline to prosecute other protest-related charges where appropriate."

Vance said in a statement, "The prosecution of protestors charged with these low-level offenses undermines critical bonds between law enforcement and the communities we serve. Days after the killing of George Floyd, our nation and our city are at a crossroads in our continuing endeavor to confront racism and systemic injustice wherever it exists."

He added, "Our office has a moral imperative to enact public policies which assure all New Yorkers that in our justice system and our society, black lives matter and police violence is a crime. We commend the thousands of our fellow New Yorkers who have peacefully assembled to demand these achievable aims, and our door is open to any New Yorker who wishes to be heard.”

Earlier this week, State Senator Brad Hoylman, Chair of the Senate Judiciary Committee, called for DAs to not prosecute protesters.

"Systemic reform has to include our treatment of protesters," Hoylman said. "There’s nothing unlawful about a New Yorker exercising their First Amendment rights. I’m calling on all five District Attorneys in New York City to drop charges against protesters for the class B misdemeanor of Unlawful Assembly (Penal Law Sec. 240.10) and the violation of Disorderly Conduct (Penal Law Sec. 240.20)."

"We have a moral imperative to enact public policies which assure all New Yorkers that in our justice system and our society, black lives matter and police violence is a crime."