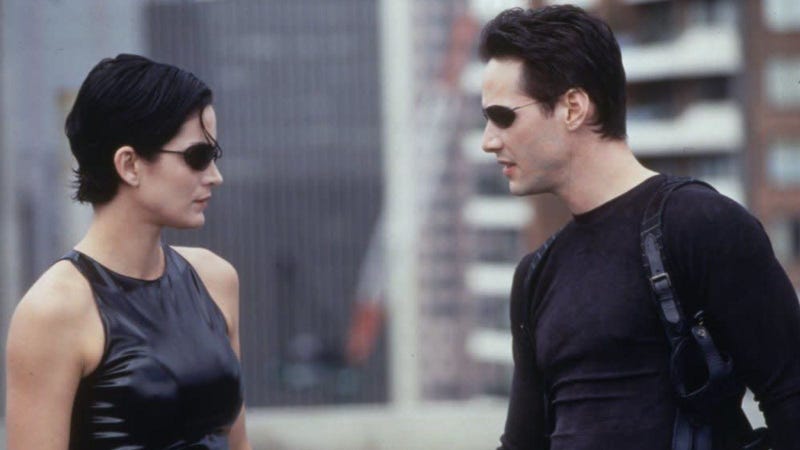 NEW YORK (1010 WINS) -- Neo, Trinity and the rest of the "Matrix" gang are returning for a fourth "Matrix," Warner Bros. announced Tuesday.

Keanu Reeves and Carrie-Anne Moss will reprise their roles as Neo and Trinity, repsectively.

Lana Wachowski, who wrote and directed the previous three films, will also write and direct the fourth film.

“We could not be more excited to be re-entering ‘The Matrix’ with Lana,” said Warner Bros. Picture Group chairman Toby Emmerich. “Lana is a true visionary — a singular and original creative filmmaker — and we are thrilled that she is writing, directing and producing this new chapter in ‘The Matrix’ universe.”

Production is reportedly expected to begin in 2020.

The sequel's plot is unknown, as is how the role of Morpheus will be handled, originally played by Laurence Fishburne. Variety reported that the role may be recast for a younger take.

The three previous films —“The Matrix,” “The Matrix Reloaded” and “The Matrix Revolutions” — have collectively earned more than $1.6 billion at the global box office.