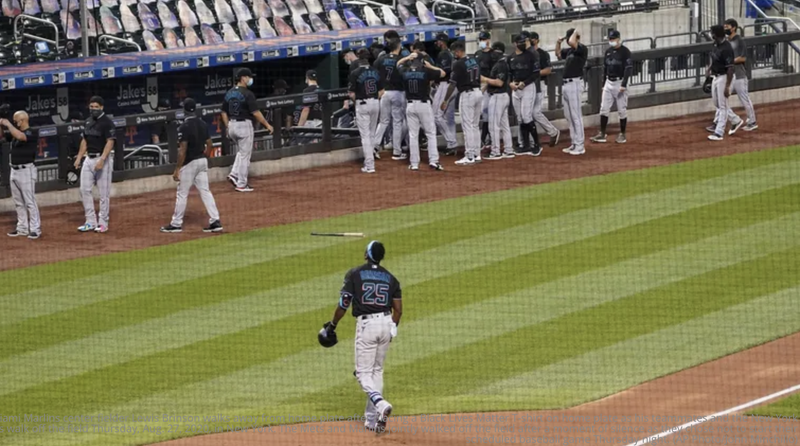 NEW YORK (1010 WINS) -- The New York Mets and Miami Marlins jointly walked off the field after a moment of silence, draping a Black Lives Matter T-shirt across home plate as they chose not to start their scheduled game Thursday night.

The national anthem was played and all players and coaches stood.

After a moment of silence, the Mets and the Marlins have left the field.

The only thing remaining on the field is a Black Lives Matter shirt. pic.twitter.com/t7QfWwofOS