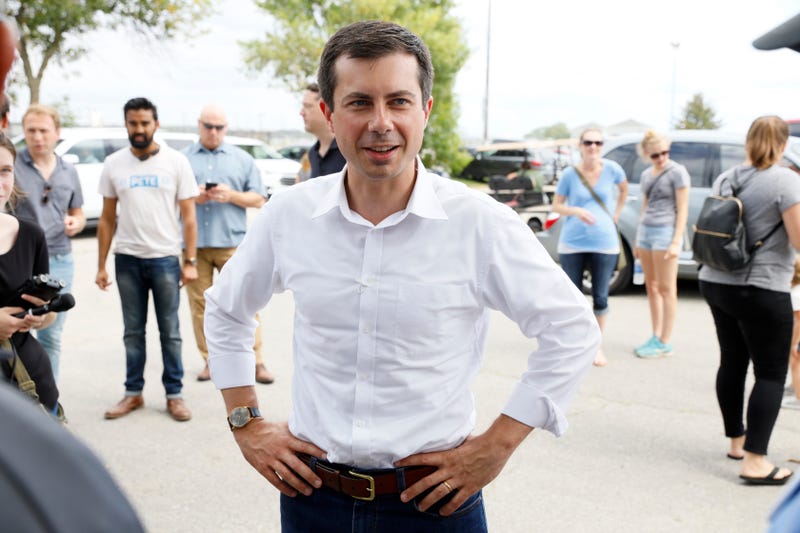 Photo credit FILE - In this Sept. 2, 2019, file photo, Democratic presidential candidate Pete Buttigieg talks with attendees at the Hawkeye Area Labor Council Labor Day Picnic in Cedar Rapids, Iowa. Buttigieg would like to turn the fight for the 2020 Democratic presidential nomination into a contest about generational change. But there’s one looming problem for the 37-year-old mayor of South Bend, Indiana: He has yet to win over his own. (AP Photo/Charlie Neibergall)
By David Caplan 1010 WINS

The lawmakers announced their endorsement of the South Bend, Indiana, mayor in a USA Today op-ed.

One mayor missing from the list? Bill de Blasio, of course, who is running himself, but is not expected to last beyond October.

“As we face unprecedented challenges, America needs leadership in Washington that gets things done. That’s why we need a great mayor in the White House,” the mayors said in the op-ed.

The op-ed was written by Mayors Steve Adler of Austin, Texas; Christopher Cabaldon of West Sacramento, Calif.; and Nan Whaley of Dayton, Ohio.

"We endorse him from heartland towns, coastal cities, suburban communities, and every other corner of our great country," the mayors wrote. "What’s more, in the spirit of the community of mayors, we are already offering Pete our best ideas and helping engage grassroots supporters all across the country."

The endorsements span the spectrum and include mayors from all across the country, including LGBTQ, African-American and Hispanic lawmakers.