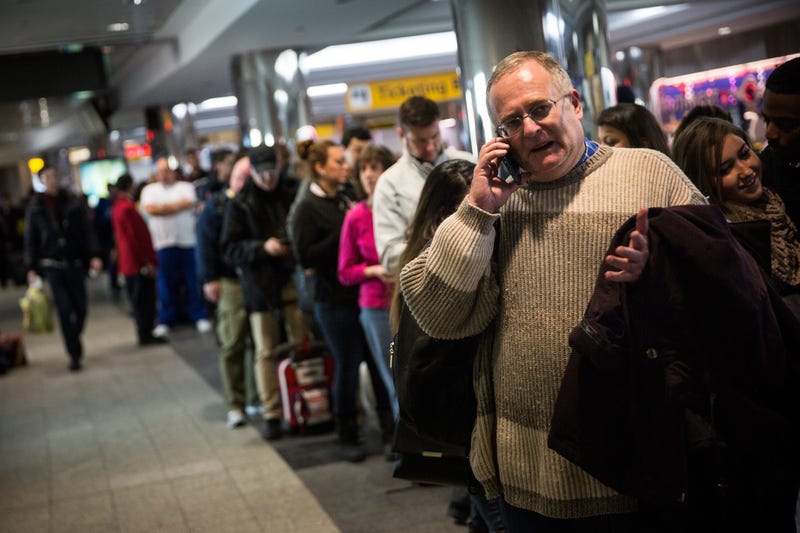 NEW YORK (1010 WINS/AP) -- Hundreds of flights are being canceled because of the winter storm sweeping across the U.S., leaving travelers scrambling to get home after Thanksgiving on one of the busiest travel days ever.

Sunday is expected to be the busiest travel day for the airline industry ever in the U.S., with some 3.1 million people flying the skies.Flight-tracking site FlightAware says there were more than 745 canceled flights Sunday in the U.S., compared with 407 on Saturday. Delays reached 4,999 nationwide.

More than 450 flights had been delayed at Newark Airport by Sunday evening and more than 100 had been canceled, according to FlightAware.

More than 350 flights were delayed at LaGuardia and more than 30 were canceled.