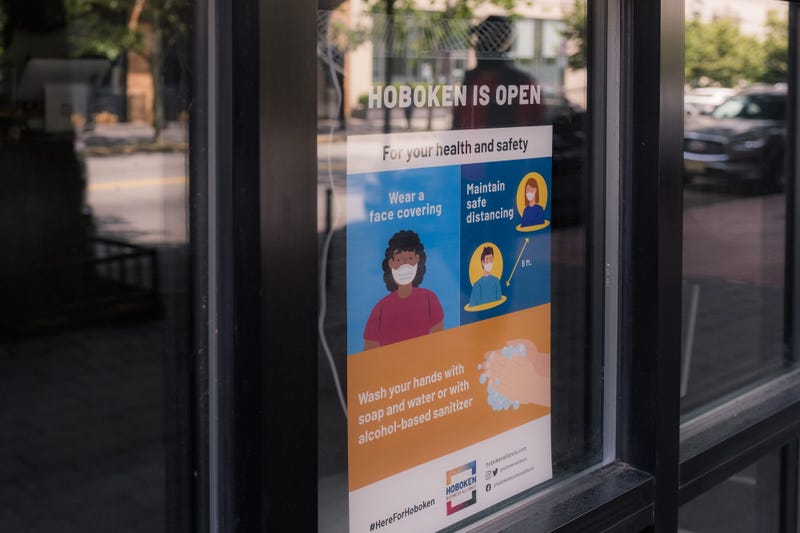 Jackson Township Police Department officers responding to a flurry of 911 calls on Sunday night discovered more than 700 people attending a party at a home on Mill Pond Road in the Whispering Hill neighborhood, the department said on Facebook Monday morning.

The 40-year-old homeowner, who told police he rented the home out on Airbnb, received a summons for violating Murphy’s COVID-19 executive orders, according to the department. Two party organizers from Newark, a 23-year-old woman and a 22-year-old woman, also received summonses.

During a coronavirus briefing on Monday, Murphy said anyone holding parties and other events that violate the state’s limits on gatherings is “looking for trouble.”

A teen house party in Middletown Township held on July 11 has been linked to approximately 20 COVID-19 cases, he noted. More than 20 lifeguards from two New Jersey beach towns, meanwhile, tested positive for COVID-19 after socializing together, he said.

“This is among us, folks. Anyone who thinks we can just put our feet up and relax and let this take its course is not paying attention,” he said. “You’re absolutely looking for trouble, no matter how old you are.”

◽️Of the 17 new deaths: 6 associated with LTC, 2 occurred within past 2 weeks, 4 in July pic.twitter.com/DXVbdZ2rBK

A total of 695 people in the state were hospitalized with confirmed or probable COVID-19 cases on Monday, 128 of whom were in intensive care units and 54 of whom were on ventilators, Murphy said.

And while some of those numbers came from testing backlogs, there’s “no question people are still testing positive in New Jersey,” he said.

“It’s undeniable there are positive cases,” he said. “We know there are flare-ups.”