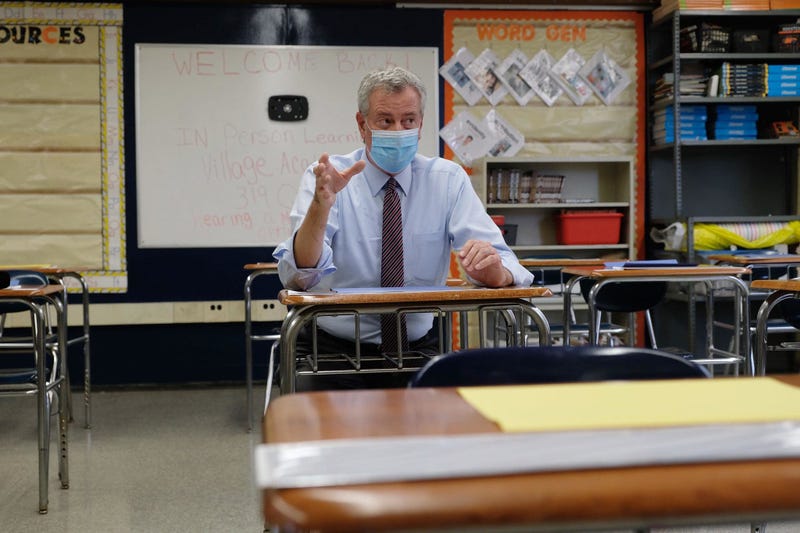 According to the mayor, the best ideas from around the world were taken and combined into one strategy allowing New York City to have the strongest reopening plan in the country.

Principals can set up classrooms in their schools' yards and can request to use additional space such as city parks and adjacent streets starting Monday.

"We want to give schools the option to do as much outdoors as they can," de Blasio said.

Join us at City Hall for the latest updates. https://t.co/kyQsGjGsNR

The new outdoor learning plan will apply "one standard for all" to all schools, including public, charter, and religious, the mayor added.

The city will prioritize 27 neighborhoods most impacted by COVID-19 as well as schools that do not have much access to outdoor space, de Blasio said.

Principals who submit a plan by August 28, will receive an answer by Sept 4, Carranza added.