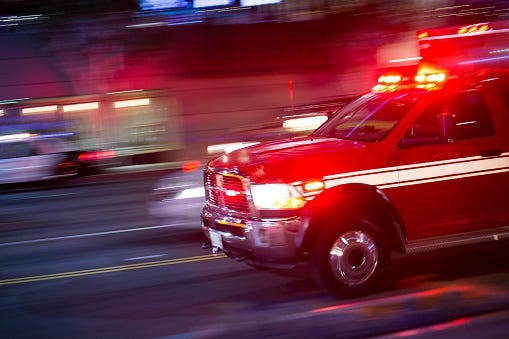 Police arrested Yogita Persaud, 38, on Friday afternoon after she made a false 911 call claiming that fire and smoke were coming from the basement, according to NBC New York. Multiple police and fire units responded to the call.

Persaud was charged with making false reports of a fire and an emergency, obstructing governmental administration, and aggravated harassment.

But police are also investigating a pattern of more than 24,200 false 911 calls since June, according to NBC. Police said 200 calls alone were made on the day of Persaud’s arrest.