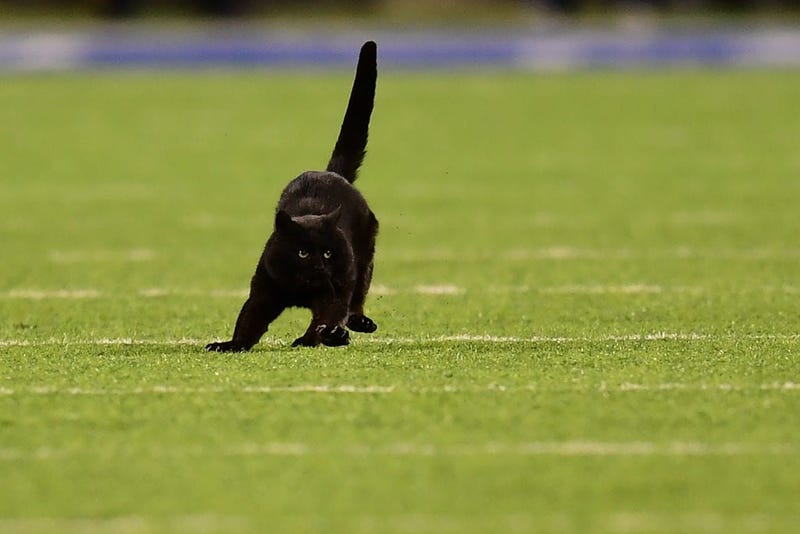 A spokesperson for the East Rutherford, N.J. stadium said they had set humane traps throughout the stadium on Tuesday, and later paired with a no-kill shelter, PuppyKittyNYCity, to continue the search.

The cat appeared in the second quarter of Monday night's game, briefly stopping play. The feline darted around the field and into the end zone before escaping through a tunnel.

Officials also took issue with claims in the media that the stadium houses 300 cats. "There have been erroneous reports in the media that MetLife Stadium houses and feeds 300 cats which is simply not tru," the stadium said. "From time to time, we have seen cats on the complex and the Meadowlands Racetrack (located at the Sports Complex) has a TNR program in place and currently feeds approximately 30 barn cats."