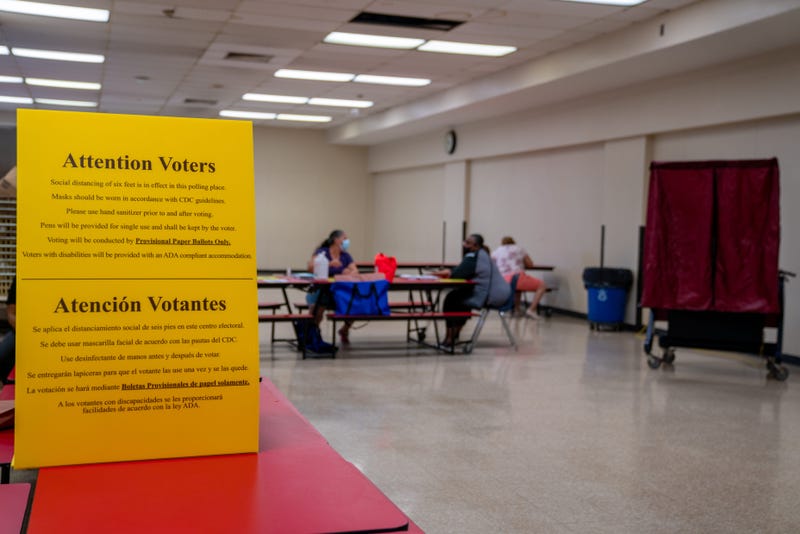 TRENTON, N.J. (1010 WINS) -- New Jerseyans should be on high alert for “disinformation and misinformation” ahead of the November presidential election, the director of the state’s Office of Homeland Security and Preparedness said in an interview with 1010 WINS on Thursday.

The New Jersey Office of Homeland Security and Preparedness on Wednesday released a report highlighting threats from “domestic extremists and foreign adversaries” that have been compounded by the COVID-19 pandemic, “civil unrest” and “various forms of disinformation.”

Those threats will “begin to converge with the Presidential election in November in a manner not previously experienced by our nation,” the report said.

“This isn’t just some sort of pie in the sky issue,” the office’s director, Jared Maples, said in an interview with 1010 WINS’ Glenn Schuck. “This is happening… across the country, and certainly here in New Jersey.”

While attempts by the U.S.’ adversaries to cause “confusion and chaos” aren’t new, the “sheer volume of disinformation that’s out there,” Maples said, is “unprecedented.”

“I don’t know that I would have said a decade ago, ‘Wow, a Toms River citizen might be targeted by the Russians in an election interference case.’ But you know what, they are, and that’s through disinformation and misinformation, largely, and that’s what we’re really trying to combat,” he said.

Near the start of the COVID-19 pandemic, for example, New Jersey Gov. Phil Murphy asked Maples to speak at a press conference about a text message that began circulating around the state, he said.

The text message said the National Guard was set to take over the U.S. and implement “military rule” — a claim that “couldn’t have been further from the truth,” Maples said.

“Obviously you see that now, but at the time, citizens were receiving text messages and social media messaging about that, and it was spreading like wildfire. And we do think that that was largely directed by foreign adversaries, without getting into the specifics,” he said.

“Those are things that real citizens in New Jersey were dealing with, and we are trying to highlight those and make sure all of our 9 million citizens are aware and have the ability to defend themselves, their families and their communities,” he added.

Maples’ office has a “disinformation and rumor control” page on its website aimed at helping the public “distinguish between facts and rumors/disinformation.”

In addition to using the resources on the website, New Jerseyans should aim to get their information from “legitimate government resources” and “reputable media,” Maples said.