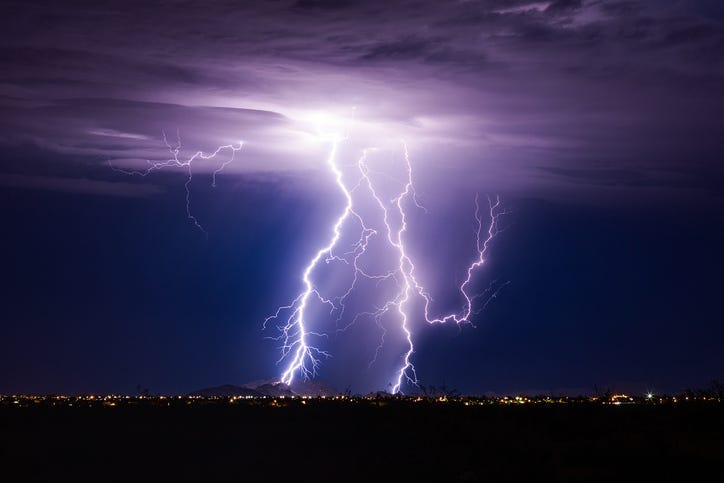 Brendan Darby is miraculously fine after being taken to a local hospital.

He was struck on the field behind Chatham Middle School where he was out with his friends around 8 p.m., as he was running for cover.

His father Jack Darby said, “He woke up. He was on the ground. He had been unconscious, maybe, not that long, probably less than a minute or so, and just numbness generally across his body.”

Police say the metal stands and the fence on the field took the majority of the lightning strike and that Brendan is very lucky.