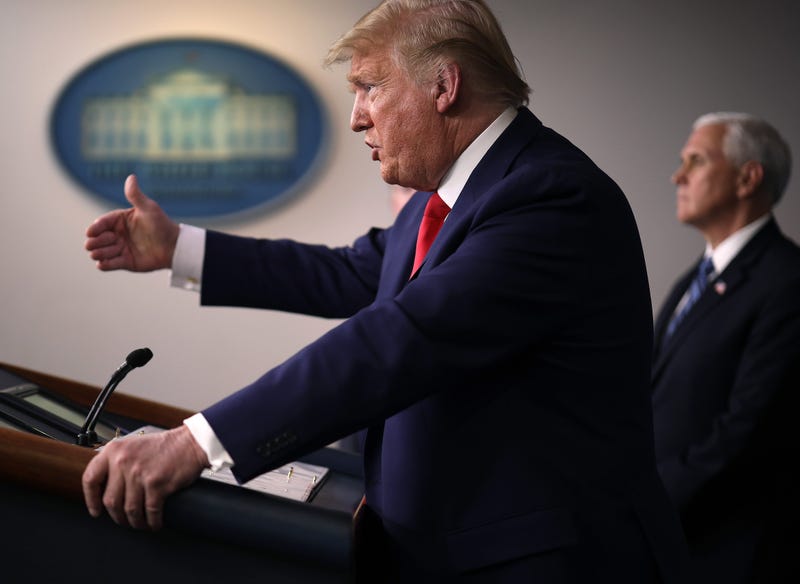 NEW YORK (1010 WINS) -- National Security Council officials reportedly set 3,600 masks aside for Trump administration employees and officials after receiving a donation of "hundreds of thousands" of masks from Taiwan according to the Washington Post.

"While the administration had detailed pandemic response plans, somehow those did not include maintaining a supply of masks for White House personnel," said an administration official who, like others, spoke on the condition of anonymity to describe internal discussions. "That was a lesson learned. We did look at buying some, but couldn’t find available supply."

According to two officials, the White House was not issuing masks to its staff due to Centers for Disease Control and Prevention guidance. An NSC top deputy determined that face coverings should be used more broadly to protect his team as well as the public.

This resulted in an arrangement with Taipei to make thousands of masks available for White House staff use two weeks before the administration advised that citizens should begin to wear face coverings while in public.

Taiwan later announced it would be making a mask donation but failed to mention that a portion would be going to White House staff.

Both countries said in a joint statement that they would collaborate on “exchanges of medical supplies and equipment.”