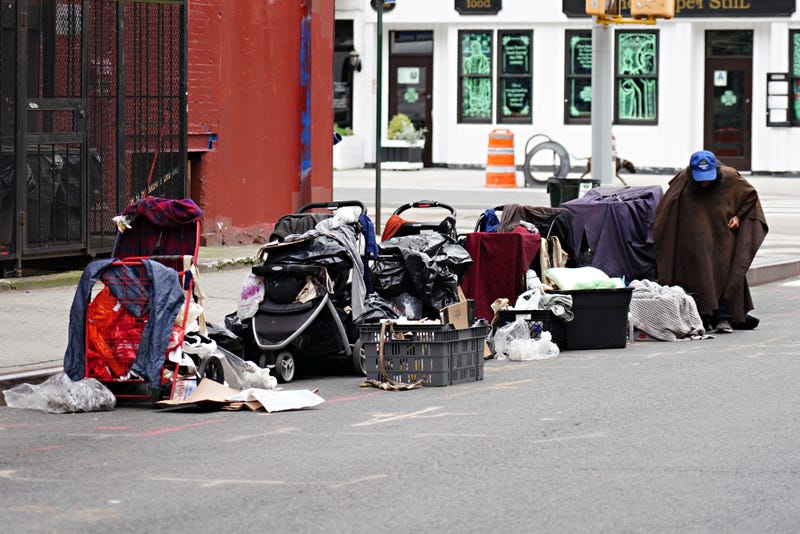 NEW YORK (1010 WINS) – The number of homeless people living on the streets of New York City neared a five-year high this year, while the number of people entering the shelter system declined amid the pandemic and an evictions ban, new data from City Hall shows.

There were 3,857 people estimated to be living on streets, in parks, under highways, on subways or in transit stations across the city this year, according to the Mayor's Management Report released late Thursday.

The survey of the unsheltered homeless population was made back in January, before the start of the coronavirus pandemic, which corresponded with a significant drop in the number of people seeking shelter, according to the report.

“The onset of the COVID-19 pandemic was correlated with a further decline in family shelter entries, as evictions were suspended and some families may have sheltered in place,” the report said.

Adult families entering the Department of Homeless Services shelter system declined by 22%, from 1,433 in 2019 to 1,118 this year.

The report said actions by the city that reduced evictions and helped place people in subsidized housing also played an important role in bringing down the number of people entering shelters this year.

“The continued decline of families in shelter can be attributed in part to the increase in legal services funding over the last few years in combination with an increased payment of rent arrears and a resultant decline in evictions, as well as increases in subsidized housing placements since the inception of the City’s rental assistance and rehousing programs in 2014,” the report said.