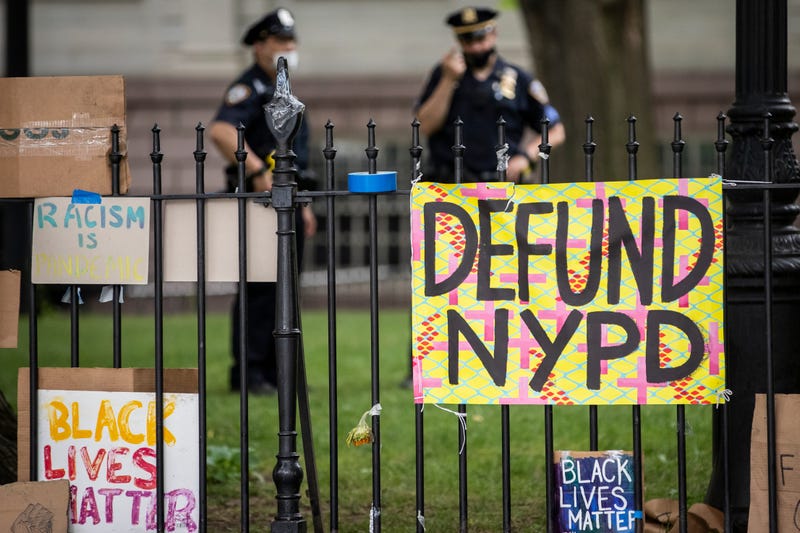 As part of the NYPD's budget cut, a nearly 1,200-person police recruiting class set for next month will be canceled, The Associated Press reported.

Mayor Bill de Blasio has said the loss of officers will not affect the safety of New Yorkers.

The NYPD will also be forced to cut in half overtime spending, redeploy officers from administrative functions to patrol and end police responsibility for school crossing guards and homeless outreach.

Funds from the existing NYPD budget will go to to education and social services.

The NYPD budget is now around $6 billion, plus several billion dollars more in shared city expenses such as pensions.

In addition to pressure from activists to defund the police, the city is also dealing with $9 billion in revenue loss due to the coronavirus pandemic.

City Council Speaker Corey Johnson said he was disappointed the cuts to the NYPD wasn't greater.

“I am disappointed,” Johnson said at a news conference. “I did my best.”

I’m committed to holding the Mayor’s feet to the fire on this and continuing to work for reform.