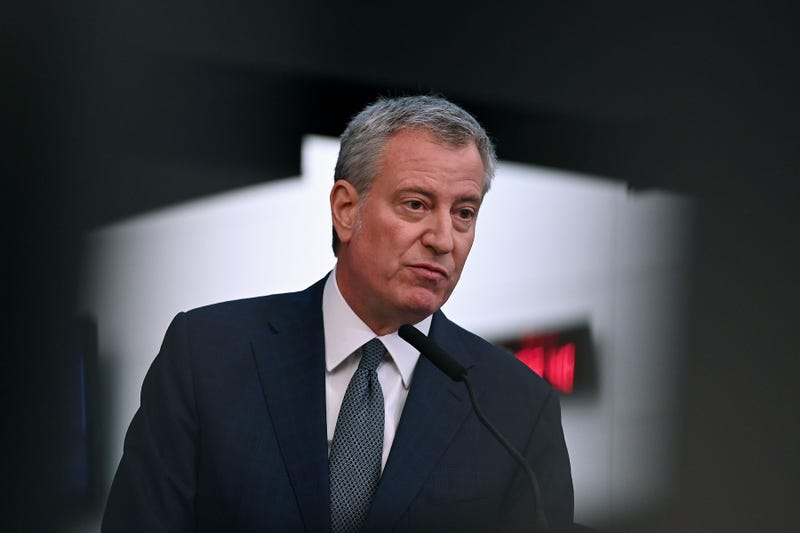 NEW YORK (1010 WINS) – Mayor Bill de Blasio announced Wednesday that furloughs were being expanded to include thousands of employees at city agencies.

The mayor said all managerial employees and all employees not represented by organized labor will be required to take five unpaid days off from October to March.

Just last week, the mayor announced a week of furloughs for Mayor’s Office employees, including himself.

"Today another furlough action," de Blasio said. "I'm announcing a five-day furlough for all managerial employees of the city government and all employees not represented by organized labor."

The mayor said the move will save the city $21 million as it faces a $9 billion revenue shortfall over two years and the possibility of layoffs at agencies citywide. The city has already cut $7 billion from the budget between February and the Fiscal Year 2021 adopted budget announced in June.

"That's very painful to have to announce. It has real human consequences. But it is necessary," de Blasio said. "We continue our conversations with the labor unions. We continue our conversations with Albany. Trying to get relief. We don't have results yet. We need to keep finding savings to keep bridging us, to give us a chance to get to something better than layoffs, but unfortunately they're still on the table. So this at least gives us a little more relief while we continue those conversations and try to find a larger solution. Look, what would really solve this—a federal stimulus. And it's shocking that it still hasn't happened. And hope continues to dim for anything in the next few months."