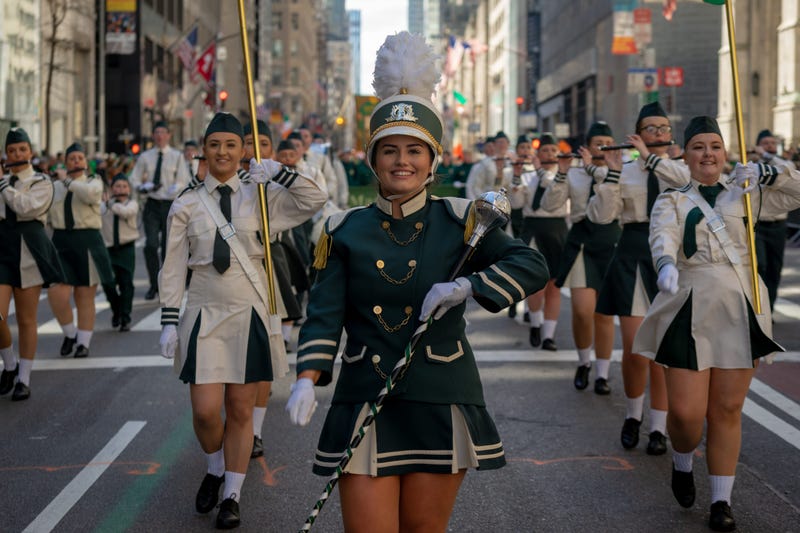 New Jersey Governor Phil Murphy had previously advised people to avoid crowded events before and after the parade but city officials decided to nix the large gathering of people.

"After careful consideration, and in the best interest of our participants and attendees, the 85th Annual Newark St. Patrick’s Day Parade will be postponed due to the current coronavirus situation. While disappointed, we are actively working to reschedule the event in September, billed as the 85th and-a-halfway to St. Patrick’s Day Parade. Details on the event will be released at a later date."

The news comes after the ceremonial green line was already drawn for the 85th annual event.

"I think most folks are looking forward to a great parade," grand marshal Michael Byrne said Wednesday. "The weather's been improving. I think people are looking to get out of the house and enjoy a sunny day on the streets of Newark."

"Today I had several conversations with the organizers of the St. Patrick's Day Parade to determine whether the parade should move forward in light of the evolving coronavirus situation and increased case count in the New York City area,"  Cuomo said.

He continued, "Following those conversations, I recommended and the parade's leadership agreed to postpone this year's parade due to the high density and the large volume of marchers and spectators who attend. While I know the parade organizers did not make this decision lightly, public health experts agree that one of the most effective ways to contain the spread of the virus is to limit large gatherings and close contacts, and I applaud the parade's leadership for working cooperatively with us. While the risk to New Yorkers remains low and we want to avoid social and economic disruptions, we have an obligation to take action to contain the spread of this virus."

Just hours earlier, parade organizers had denied that it was going to be canceled.

"At this point in time contrary to the media outlets and social media no decision has been made to cancel the NYC St Patricks Day Parade," read a tweet.

At this point in time contrary to the media outlets and social media no decision has been made to cancel the NYC St Patricks Day Parade. Please continue to check this page for updates.

New York now joins cities, including Boston and Chicago, that have already canceled their parades.

On Wednesday, Washington, D.C. announced that their St. Patrick's Day Parade has been "postponed indefinitely" over coronavirus concerns in large gatherings.

All major events with big crowds will also be subject to potential cancellation.

"The Chicago St. Patrick’s Day Parade is CANCELED for March 14, 2020.  Please check our website for future updates," the site said.