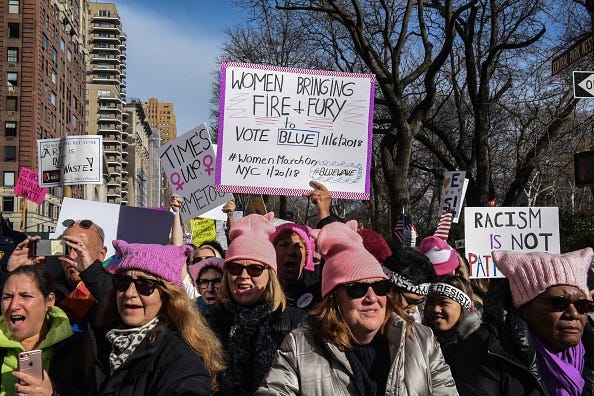 NEW YORK (1010 WINS) -- For the third time since President Trump took office, women's marches are being held around the nation in support of gender quality.

In New York, there's more than one event and it's created some confusion.

The Women's March Alliance is hoping for big crowds on the Upper West Side. Founder Katherine Siemienko says they're building on the successes of the last two years of marches.

"We're also celebrating the fact that we're one in five in Congress. We can't stop now," she said.

There will also be a rally in Foley Square which is affiliated with events around the country, hosted by the organization Women's March Incorporated.

One woman told The Jewish Week that she felt uncomfortable when Linda Sarsour spoke at the March in 2017.

Sarsour has been a vocal supporter of the movement to punish Israel for its West Bank policies.

"Any confusion that we would have any part in not wanting people to feel like they're a part of the women's march here in New York is heartbreaking," Freedom Shannon said.

Both organizations are calling for the focus to be on unity and respect, and against bigotry.