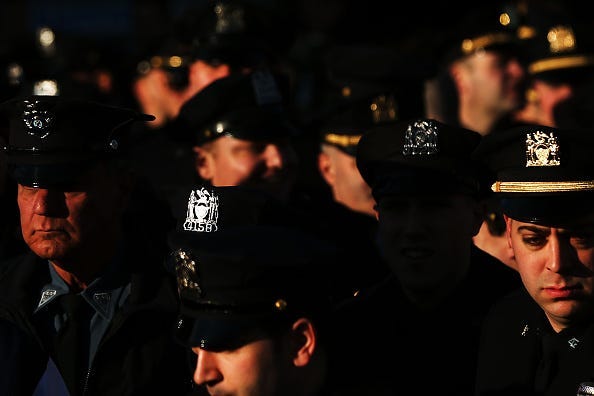 NEW YORK (1010 WINS) -- NYPD Terence Monahan tells 1010 WINS there are a lot of factors contributing to the uptick in gun violence across the city.

"We've mentioned bail reform, COVID releases, but just as important, if not more important, is the animosity towards police generated after the Floyd protests."

According to Monahan, officers are hesitant to make arrests following the new law by the city council recently.

"They are fearful that they may be arrested if they take some proactive type enforcement," he said.

After the anti-crime unit was disbanded, the chief sais authorities are looking for ways to get guns off the street.

"There's a feeling that it's safe to carry guns on the street," he said. "We are looking for ways to change that mentality."

Monahan said they need boots on the ground to focus on guns.

A lot of the NYPD's narcotics units were being used during the protests, Monahan said, and investigations take time.

The Gun Violence Supression Divison has been built up who will target individuals that are known to be part of the gangs doing the shootings.

The division will seek to "identify them on the street with guns, and build cases" with those known to have been involved in the violence.

Once the grand juries are in place in a few weeks, Monahan feels they will be able to take some "violent individuals" off the street.