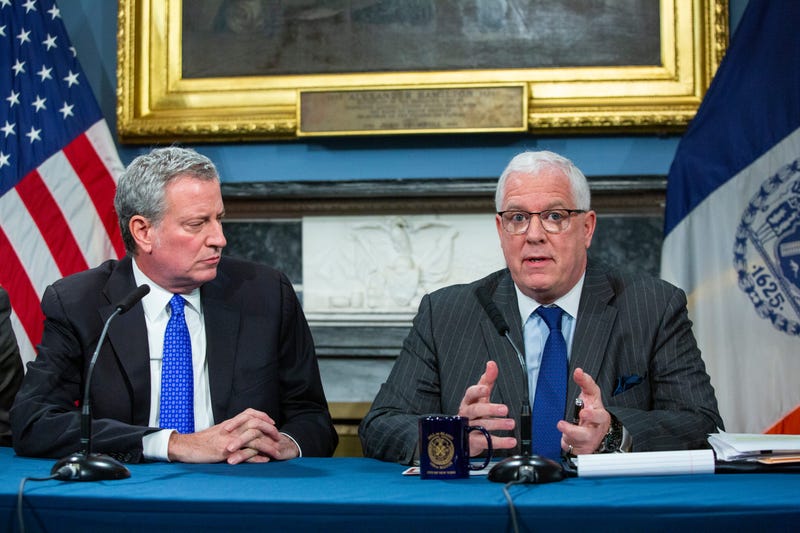 NEW YORK (1010 WINS) -- John Miller, the NYPD's deputy commissioner of intelligence and counterterrorism, spoke with 1010 WINS on Saturday about the threat Iran poses to New York City after it vowed retaliation for a strike that killed its military leader.

Miller says agencies are ramping up their resources to deal with this particular threat, but he says they already do this sort of surveillance all the time.

“Our job is to constantly be planning,” he said. “That’s three things. One: Do we have the intelligence that we need to stop them? Two: Do we have the analysis to tell what that intelligence means, so we can stay ahead of the curve? And three: If it happens, do we have the equipment, the people and training to respond?”

“That’s our normal postures. That’s what we do,” he said.

Cities across the U.S. are increasing security after Iran vowed retaliation for the deadly strike against its top military leader, Qassem Soleimani.

Mayor de Blasio says the city is on heightened alert after Soleimani’s death and that the NYPD has deployed additional armed officers to major sites across the city. 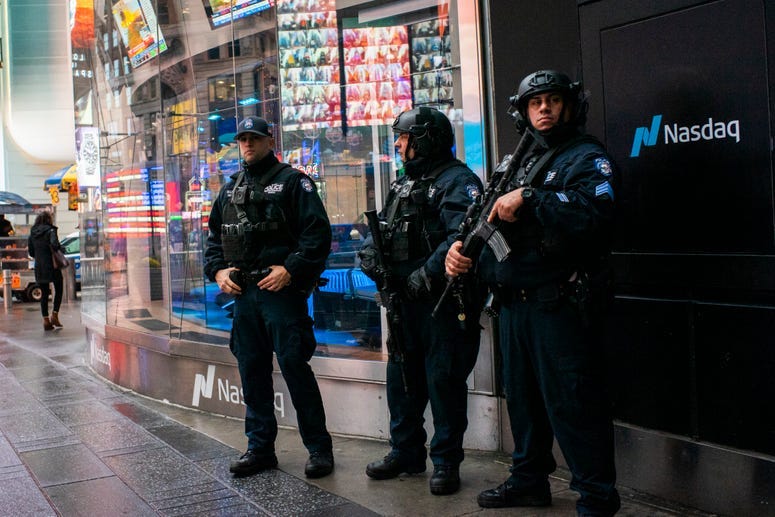 Miller said it’s important that the NYPD works with other agencies, because New York is always going to be a target. He said there’s 120 detectives, 100 Joint Terrorism Task Force members, a couple hundred FBI agents and more agents and officers from 59 other agencies working to keep New York safe.

“When you get the breadth of all of their knowledge and experience and you turn that against the terrorist threat in New York and then you combine the NYPD’s intelligence bureau, that’s a pretty powerful force that works this 24/7,” Miller said.

While there are no specific or credible threats to #NYC, we have adjusted our daily counterterrorism deployments based on recent world events.

We always ask the public to remain vigilant - If You See Something, Say Something.

Miller made the comments the same day he wrote an op-ed in the Daily News saying Iranians have already been caught “carrying out suspicious surveillance activities at city landmarks and in the subways.”

The op-ed came two days after the U.S. killed Soleimani. Officials say Soleimani, who led the Revolutionary Guard Corps, was commander of a special forces unit called the Quds Force, which financed and directed Iranian proxy organizations like Hezbollah—groups that "commit acts of terrorism on behalf of Iran, but never in Iran’s name."

In the op-ed, Miller says that the FBI-NYPD Joint Terrorism Task force has previously arrested several Hezbollah sleeper agents in the city, including Ali Kourani and Samer El-Debek. They were arrested over the past couple years after “long-term investigations” by authorities.

Miller said U.S. intelligence officials and the NYPD are investigating when and where Iran may retaliate.

“We already know that Soleimani directed the most experienced terrorist organization under his control to study New York City closely for the day the Iranian government decided conditions were right to strike on U.S. soil,” Miller wrote.