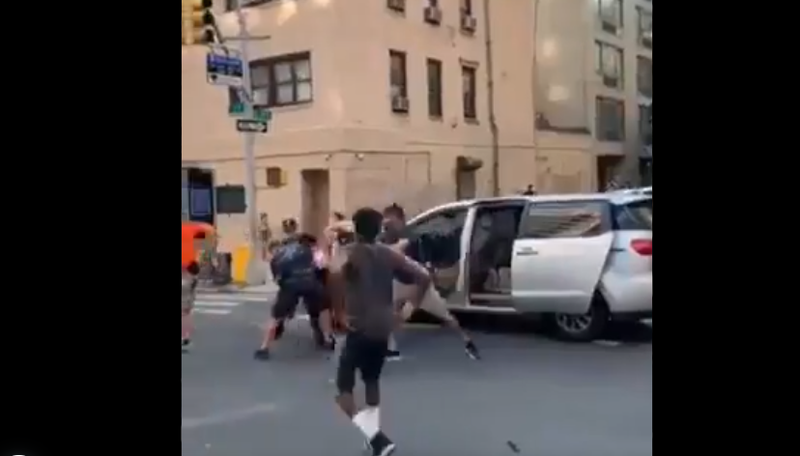 NEW YORK (1010 WINS) -- Mayor Bill de Blasio said it was "wrong" for a woman to be taken into NYPD custody Tuesday night at a protest and be tossed into an unmarked grey van, instead of a marked vehicle.

"I think it was the wrong time and the wrong place to effectuate that arrest," de Blasio said at his briefing Wednesday, "The arrest as I understand it was for damaging police property. No one is allowed to damage police property. My message to everyone is if you're out there protesting, protest peacefully."

De Blasio defended the officers, though, saying, "I don’t think this is about the officers. The officers, members of the warrant squad going and arresting someone who has an outstanding warrant is actually their job. I think the question is higher up. This is a question of making sure there’s coordination to understand we’re in a particular historical moment where there has to be sensitivity. Where folks are understandably worried about what they see coming out of Washington, about the defense of democratic rights."

The mayor also said he still is reserving judgement until he thorougly views the video.

"In this particular case, we should certainly review it," he said. "And we want to make sure our folks see the video you’re seeing. And if there’s something that’s not accurate, we need to correct it. But I don’t have the details on that."