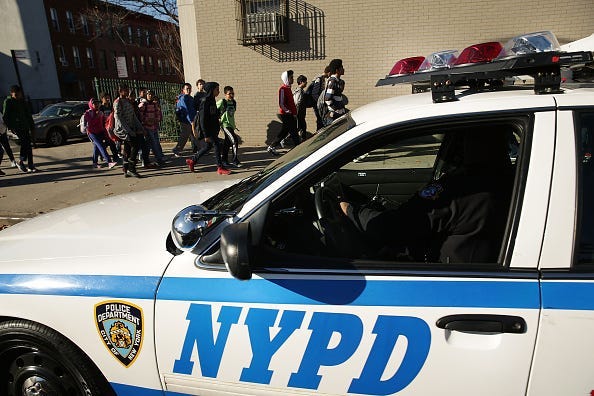 NEW YORK (1010 WINS) -- If you get into a fender bender on Staten Island, don't expect the NYPD to rush to the scene.

NYPD Assistant Chief Kenneth Corey is the borough commander. He told NY1 that his officers have been responding to 10,000 fender bender calls a year, and doing so could lead to problems in an emergency situation.

#MondayMorning: Starting today if you’re involved in a vehicle collision on #StatenIsland resulting in property damage, you no longer have to wait for officers to respond. Drivers have 10 days to file a report with the NYS DMV. Please visit: https://t.co/JlK6TMtFOK pic.twitter.com/b9JFaJuCbO

“Each one with an average service time of about an hour. And that's a tremendous number of hours that could be spent on working on something else, and if we're talking about improving response times to emergency situations where seconds count, it could be very significant," he said.

Going forward, drivers will be responsible for gathering insurance information and reporting the incident on their own. Calls to 911 will be screened and fender benders directed to a recorded message.

"Let the cops do some other business instead of responding to something that's minor that can be taken care of between two people," Staten Island resident Herman Garcia said. "I think it's a good policy I mean, if it's a minor fender-bender, people should be able to iron it out and do it themselves, and each exchange a insurance and I, you know, contact information."

While some worry that there will be problems with the reporting process, the department may consider citywide expansion.