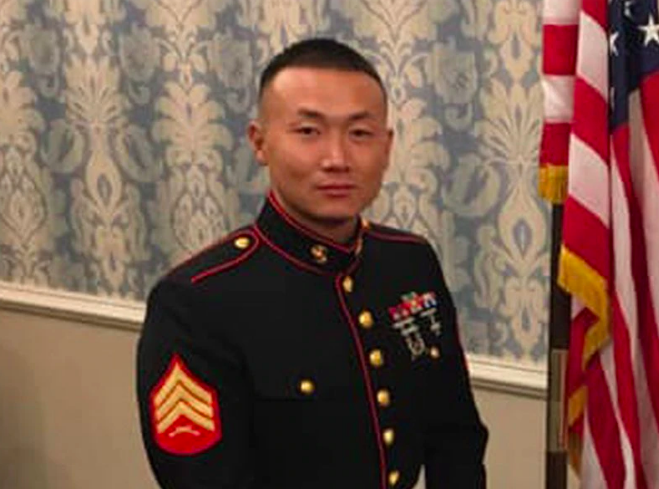 NEW YORK (1010 WINS) -- An NYPD officer — who also serves in the U.S. Army Reserve — was arrested Monday on federal charges of allegedly acting as an illegal agent of China, the Department of Justice announced.

Baimadajie Angwang, 33, is a community affairs officer in the 111th precinct in Queens and a US Army Reservist at Fort Dix. He has been charged with acting as an illegal agent of the People’s Republic of China, committing wire fraud, making false statements and obstructing an official proceeding, according to a complaint unsealed Monday in Brooklyn federal court.

Angwang, who was born in the autonomous region of Tibet in China, allegedly repeatedly reported to officials at the Chinese consulate in New York on the activities of other ethnic Tibetans in the New York areas.

One of the officials Angwang reported to worked for the China Association for Preservation and Development of Tibetan Culture, a division of a department that is “responsible for, among other things, neutralizing potential opponents of (China) and co-opting ethnic Chinese individuals living outside (China),” according to a DOJ release.

The complaint also said that Angwang “used his official position in the NYPD to provide (Chinese) Consulate officials access to senior NYPD officials through invitations to official NYPD events.”

When Angwang filled out a form as part of a U.S. Army Reserve background investigation last year, he “lied by denying that he had contacts with a foreign government or its consulate,” the release said.

He also denied having any contact with “foreign nationals, including his family members who live in (China), some of whom are affiliated with the People’s Liberation Army,” the release added.

NYPD Commissioner Dermot Shea, in a statement said, “As alleged in this federal complaint, Baimadajie Angwang violated every oath he took in this country. One to the United States, another to the U.S. Army, and a third to this Police Department,” said Shea. “From the earliest stages of this investigation, the NYPD’s Intelligence and Internal Affairs bureaus worked closely with the FBI’s Counterintelligence Division to make sure this individual would be brought to justice."

Angwang faces up to 55 years in prison if he is convicted. His attorney information wasn't immediately available Monday.