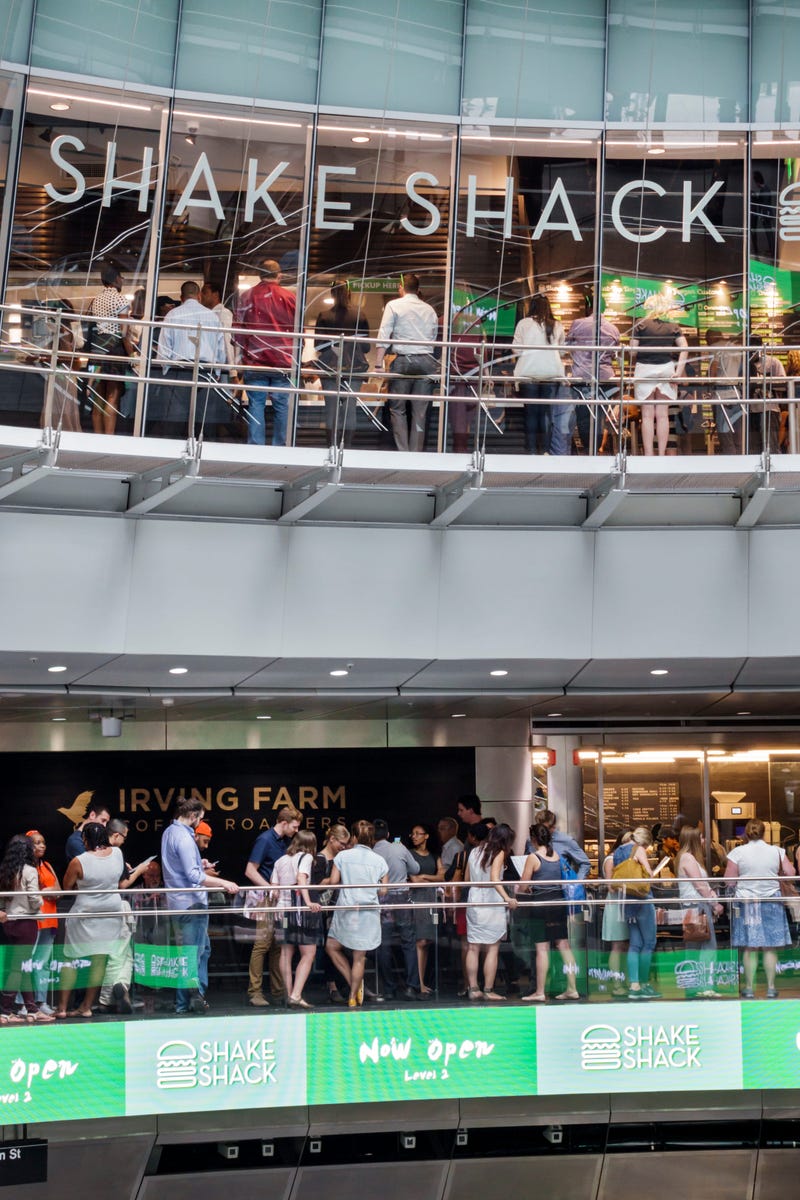 NEW YORK (1010 WINS) --  Police determined there was "no criminality" by employees in the Shake Shack incident that sickened officers on Monday night.

"After a thorough investigation by the NYPD’s Manhattan South investigators, it has been determined that there was no criminality by Shake Shack’s employees," NYPD Chief of Detectives Rodney Harrison tweeted early Tuesday.

After a thorough investigation by the NYPD’s Manhattan South investigators, it has been determined that there was no criminality by shake shack’s employees.

According to a report from PIX 11, a machine at the Fulton Center location was not cleaned properly causing a cleaning or bleach to remain inside at the time it was used to make the beverages for the officers.

Three NYPD officers who ate at a lower Manhattan Shake Shack Monday night became ill and were hospitalized after drinking milkshakes, and the NYC Police Benevolent Association said it's because they were laced with a "toxic substance believed to be bleach."

Shake Shack tweeted shortly before midnight, "We are horrified by the reports of police officers injured at our 200 Broadway Shack in Manhattan. We are working with the police in their investigation right now."

We are horrified by the reports of police officers injured at our 200 Broadway Shack in Manhattan. We are working with the police in their investigation right now.

"This evening, several MOS assigned to a protest detail in lower Manhattan took (a) meal at the Shake Shack location on Broadway and Fulton Street," the NYC PBA said in a statement. "At some point during their meal period, the MOS discovered that a toxic substance, believed to be bleach, had been placed in their beverage. The contamination was not discovered until the MOS had already ingested a portion of their beverages. They are currently at the hospital receiving treatment and are expected to recover."

The statement urged its members, "All PBA members are advised to carefully inspect any prepared food item they purchase while on duty for possible contamination. Whenever possible, take meal in groups of two or more, and remain vigilant for the duration of the meal period."

The Detectives’ Endowment Association president Paul DiGiacomo said, "Tonight, three of our brothers in blue were intentionally poisoned by one or more workers at the Shake Shack at 200 Broadway in Manhattan. After tasting the milk shakes they purchased they became ill, making it necessary for them to go to an area hospital. Fortunately, our fellow officers were not seriously harmed."

The officers are reportedly from the 42 Precinct in the Bronx.