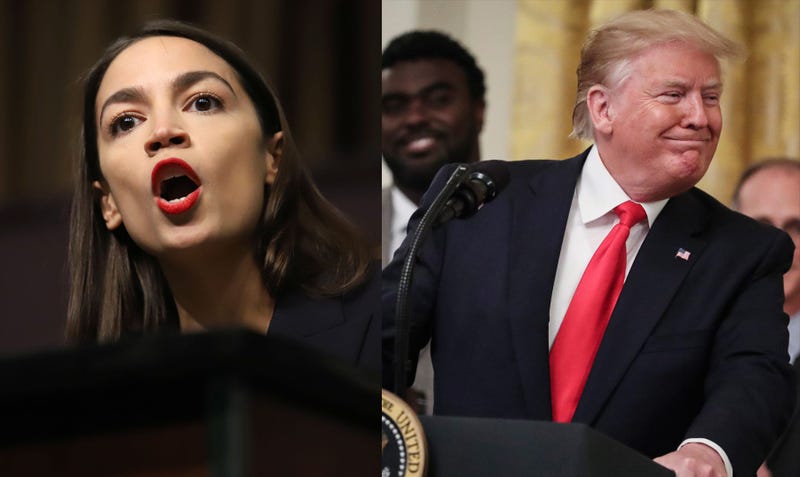 NEW YORK (1010 WINS) – Rep. Alexandria Ocasio-Cortez is warning Democrats that they should nominate a progressive candidate “fighting for true transformational change” or they run a “very real risk of losing” to President Trump.

Ocasio-Cortez made the comments in an interview with ABC's Chief White House Correspondent Jonathan Karl on Sunday.

“I think that we have a very real risk of losing the presidency to Donald Trump if we do not have a presidential candidate that is fighting for true transformational change in the lives of working people in the United States,” she told Karl.

JUST IN: Rep. Alexandria Ocasio-Cortez to @jonkarl: "I think every day that passes, the pressure to impeach grows and I think that it's justifiable, I think the evidence continues to come in" https://t.co/0drPiQUiAe pic.twitter.com/siIj0HuNo4