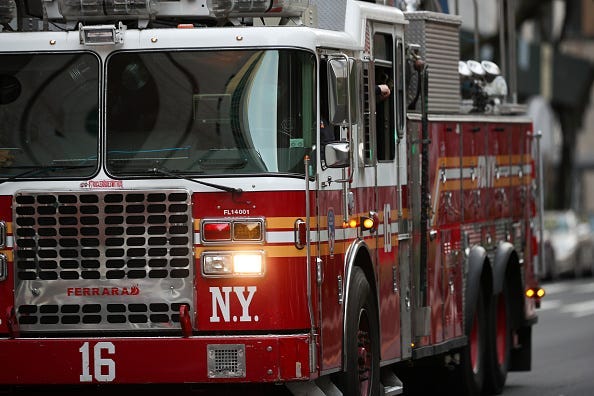 NEW YORK (1010 WINS) -- An off-duty FDNY firefighter was arrested Sunday afternoon after allegedly choking an ex-girlfriend at his Upper West Side apartment.

The NYPD said Abraham Kasner, 32, was arrested shortly before 1 p.m. and charged with Criminal Obstruction of Breathing and Assault

The victim reportedly told police that the pair began fighting around 12:30 p.m. Kasner allegedly grabbed her by the hair, choked her with one hand and pushed her out the door of his apartment.

The woman had no injuries, officials said.

An FDNY spokesman said the department is aware of the incident and will "review the arrest paperwork."

Kasner could face suspension depending on the department's review.