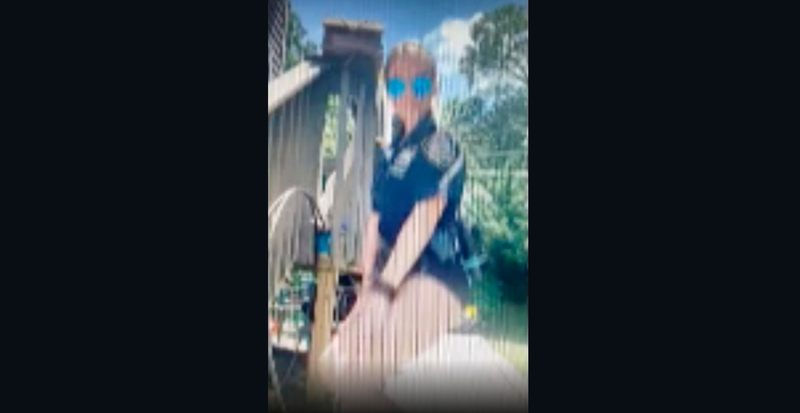 NEW YORK (1010 WINS) – A Bronx housing officer caught the attention of the NYPD after she reportedly posted a video to TikTok showing her dancing while wearing the top half of her NYPD uniform along with hot pants and cowboy boots.

Christine Galgano’s parody of a Lt. Dangel skit from “Reno 911” went viral and the NYPD got wind of it, according to the New York Post.

An NYPD spokeswoman told the Post, “The off-duty incident was investigated and addressed by the officer’s commanding officer.”

The spokeswoman didn’t say if Galgano was disciplined.

The video may violate NYPD social media policy forbidding officers from sharing “photographs of themselves in uniform and/or displaying official identification without authorization.”