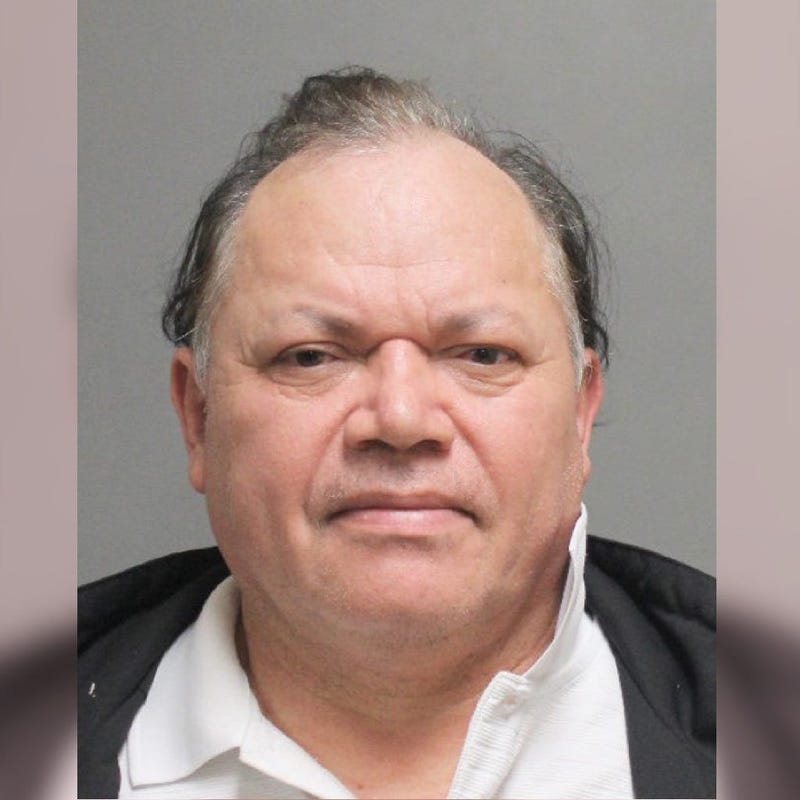 NEW YORK (1010 WINS) -- The Second Squad Detectives arrested a Woodbury man for endangering the welfare of a child on Monday on Long Island.Detectives allege that on Monday, at approximately 5:20 p.m., 52-year-old Hector Castro approached a seven-year-old boy at the Broadway Mall located in Hicksville, and grabbed his leg inappropriately.

The boy’s mother confronted Castro after she witnessed the incident occur and he walked away, officials say.

Castro fled the scene and was arrested by responding officers at a nearby location.

Authorities charged Castro with two counts of endangering the welfare of a child.

Detectives ask anyone who believes they may have been a victim of Castro to contact Second Squad Detectives at (516) 573-6352.