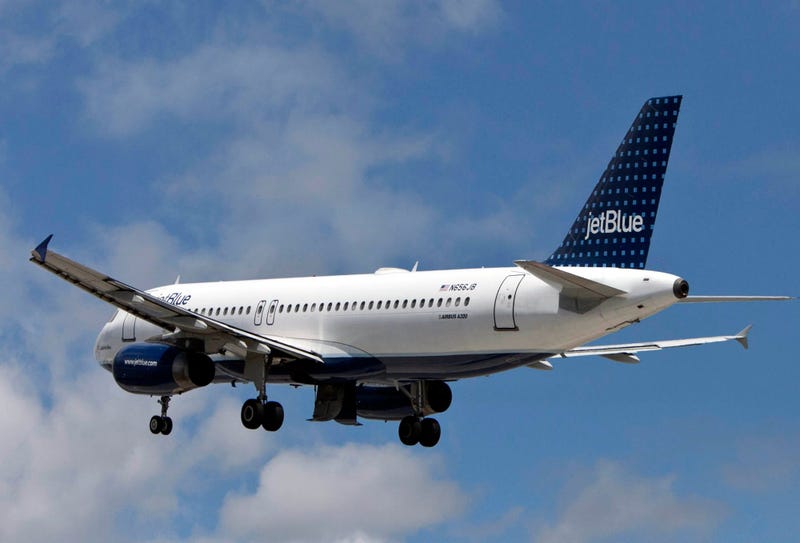 NEW YORK (1010 WINS) – Every passenger was reportedly kicked off a Newark-bound flight in Florida after a 2-year-old girl refused to wear a mask.

Brooklyn mom Chaya Bruck told WNBC that she was flying with her children from Orlando to Newark on Wednesday when a JetBlue flight attendant told her that her daughter had to cover her nose and mouth.

“I said I could try but then she was pulling it off,” Bruck said. “A few minutes later, they came to me and they told me that I have to gather my things and I have to get off the plane.”

A further angle video @JetBlue this stewardess must be disciplined. JetBlue's mosaic hotline: 1-877-538-8783 call this number and listen to the first 25 seconds of the automated message and you'll hear the mask policy exempts this kid. Deplane for this? Embarrassing. pic.twitter.com/lxo2klyGrc

When Bruck said she wouldn’t depart the plan, other passengers defended her. But eventually everyone was asked to leave with the promise "we'll get you back on the plane very quickly."

“They were horribly nasty, my kids were crying,” Bruck said. “I asked them, ‘Should I tie her hands and feet? What do you want me to do?’ They just wanted me off the plane.”

JetBlue said in a statement that their policy on face coverings was updated on Aug. 10 and includes a requirement that children over the age of 2 wear the coverings.

“During these unprecedented times, our first priority is to keep crew members and customers safe, and we’ve quickly introduced new safety policies and procedures throughout the pandemic,” a JetBlue spokesman said. “Children age 2 and over must wear a face covering, consistent with CDC guidelines, which say, ‘masks should not be worn by children under the age of 2.’”