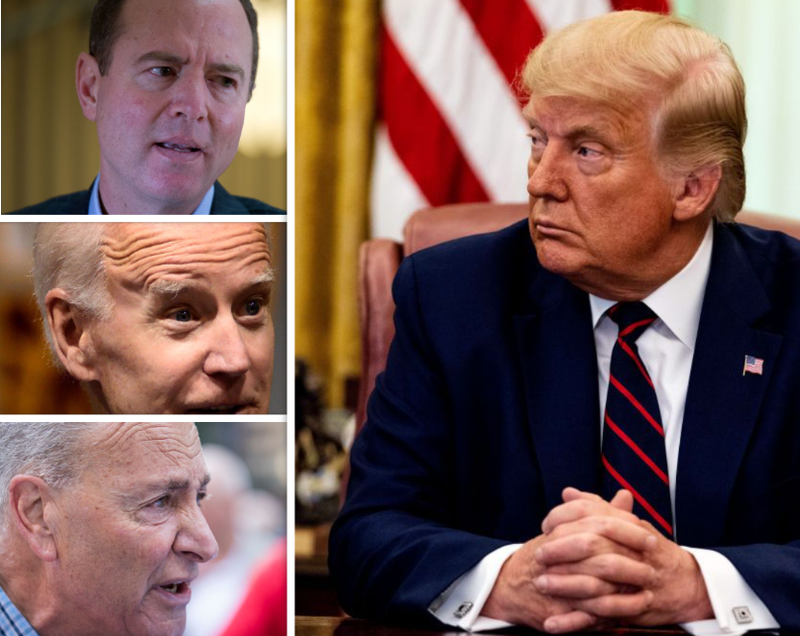 NEW YORK (1010 WINS) -- After Donald Trump on Wednesday failed to commit to a peaceful transition of power if he loses the election, both Republican and Democratic lawmakers took aim at the president, likening him to a dictator.

Not surprisingly, House Speaker Nancy Pelosi had one of the harshest reactions, telling reporters Thursday, "We know who he admires. Putin. Kim Jong-un. Erdogan. You are not in Russia. He is not in North Korea. He is not in Turkey."

"He’s trying to have the Constitution of the United States swallow Clorox,” Pelosi said, making reference to Trump's infamous remarks at a briefing earlier this year that perhaps ingesting Clorox could rid a body of coronavirus.

Democratic presidential nominee Joe Biden told pool reporters Wednesday night in Wilmington, Delaware, "What country are we in? I'm being facetious ... Look, he says the most irrational things. I don't know what to say."

When asked at a White House briefing if he would commit to a peaceful transition, he declined to do so. "Well, we're going to have to see what happens," he said. "You know that I've been complaining very strongly about the ballots and the ballots are a disaster ... we want to get rid of the ballots ... and there won't be a transition and there will be a continuation. The ballots are out of control. You know it and you know who knows it better than anyone else, the Democrats know it better than anyone else."

"Fundamental to democracy is the peaceful transition of power; without that, there is Belarus," Romney, who supports filling the vacant SCOTUS seat before the election, said. "Any suggestion that a president might not respect this Constitutional guarantee is both unthinkable and unacceptable."

Fundamental to democracy is the peaceful transition of power; without that, there is Belarus. Any suggestion that a president might not respect this Constitutional guarantee is both unthinkable and unacceptable.