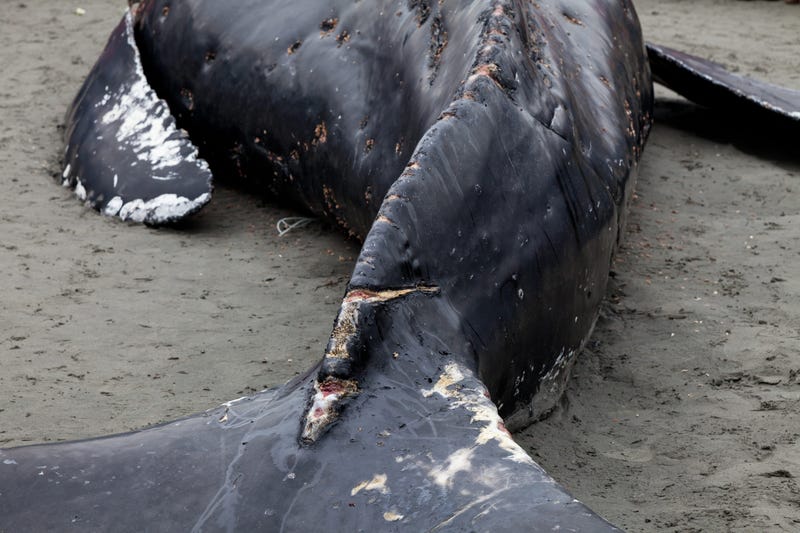 LONG BEACH (1010 WINS) -- A dead humpback whale washed up on Long Beach Friday and marine experts are warning residents to keep their distance from the giant sea creature.

"The public should keep a distance of 150 feet from the animal at all times. Though deceased, in its location and condition it could still be unsafe," the Atlantic Marine Conservation Society said on Instagram.

Whales can suddenly explode after they die. This is caused by methane building up in their decaying bodies.