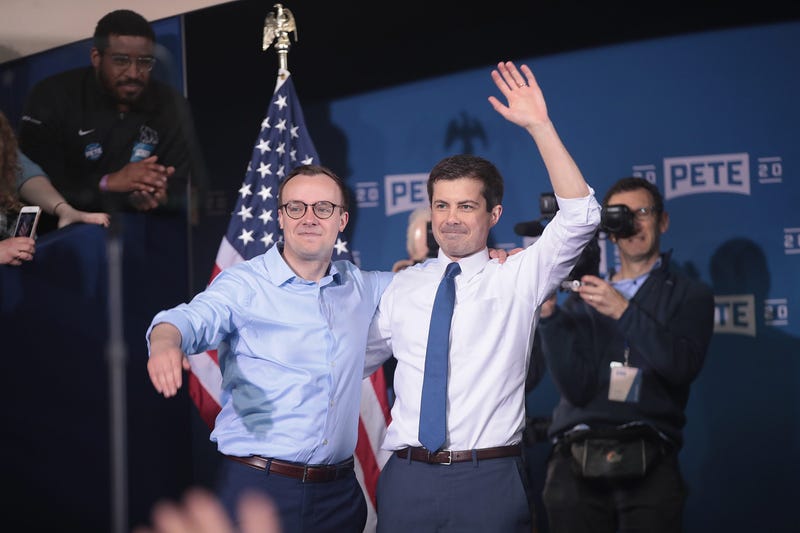 NEW YORK (1010 WINS) -- Democratic presidential candidate Pete Buttigieg and his husband Chasten Buttigieg are taking a huge bite out of the Big Apple.

Coming up, Chasten will speak at New York University next Thursday, at an event organized by the NYU College Democrats.

And earlier in the week, Pete appeared at a packed funraising event at Brooklyn Bowl in Williamsburg, where he spoke for about 40 minutes.

Pete has also been making the late-night talk show rounds in New York, appearing on "The Tonight Show With Jimmy Fallon," for example.