In this week's episode of the podcast "In Depth," above, 1010 WINS' Kyle McMorrow speaks with King about his post-Congress plans and about his inspiring career.

The 14-term congressman, 75, said in a Facebook post that he's retiring because he wants "flexibility to spend more time" with his children and grandchildren "after 28 years of spending 4 days a week in Washington, D.C."

King, a former chair of the House Homeland Security Committee, has cultivated a reputation for bipartisanship while maintaining a hard line on immigration and crime. He is the longest-serving Republican member of New York's congressional delegation. Still, he won reelection in 2018 by just 6 percentage points.

King's keen political instincts and reputation as a fighter for New York's interests gave him remarkable political resiliency; at one point, after the 2008 election that sent Barack Obama to the White House, he was the state's lone GOP member of Congress.

He teamed up with powerful Democrats such as Chuck Schumer to win a huge Superstorm Sandy aid package after the 2012 storm, despite foot-dragging by GOP leaders. On Monday, the Senate Democratic leader took to Twitter to lavish praise on King.

"Peter King stood head & shoulders above everyone else," Schumer wrote. "He's fiercely loved America, Long Island, and his Irish heritage and left a lasting mark on all 3." 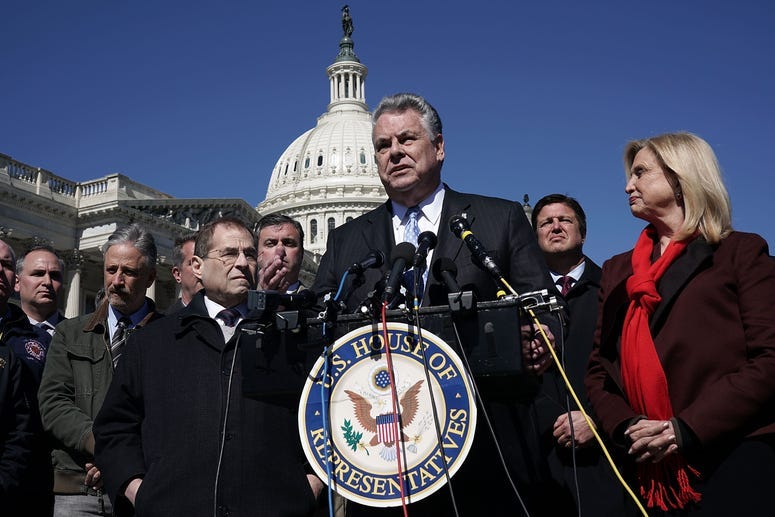