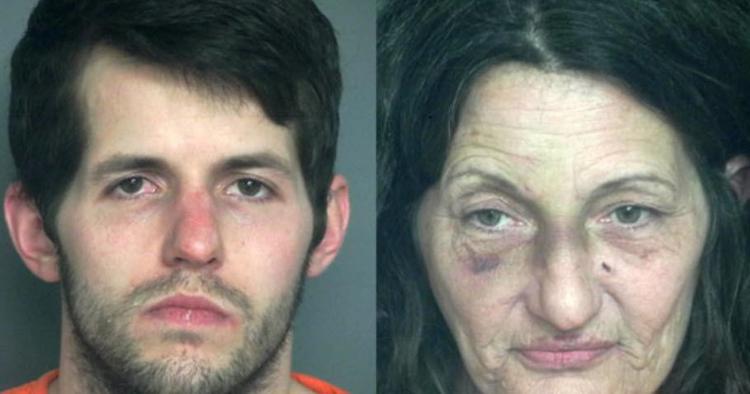 NEW YORK (1010 WINS) – A woman and her adult son have been charged after a bizarre episode in a Wal-Mart that involved public nudity, karate, a loaner scooter and a box of Jiffy cornbread muffin mix.

Police in Eau Claire, Wisconsin, say it all began when 46-year-old Lisa Smith let her dog Bo loose in the store as she started screaming and shoplifting.

All the while, her dog stole a box of Jiffy cornbread muffin mix, according to police.

When Smith was asked to leave the store, police say she went out to the parking lot and started performing karate moves.

She was arrested as she fought with officers and tried to kick out the window of a squad car, police say.

Meanwhile, her son, 25-year-old Benny Vann, took off his clothing and started flashing customers, according to police.

He eventually stole some clothes from a rack, police say, but then hopped on a loaner scooter and tried to run over an officer.

Vann tried to scoot away from police but was ultimately arrested, police say.

Vann was charged with lewd and lascivious behavior, disorderly conduct and retail theft.

Bo the dog was taken to the Humane Association.

“We issued him a warning for the theft,” police wrote.