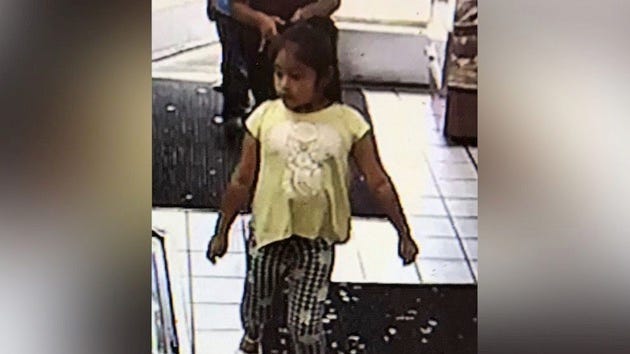 An Amber Alert was issued for Dulce Maria Alavez who police believe was taken by a man at Bridgeton City Park in Bridgeton, New Jersey on Monday.

Help us locate Dulce Maria Alavez, age 5! The #FBI is offering a reward of up to $5,000 for information that leads to her whereabouts. Please contact the FBI's Toll-Free Tipline at 1-800-CALL-FBI and select option 4, then select option 8.https://t.co/yVIE6Np2Iq pic.twitter.com/psCQDhiMg6