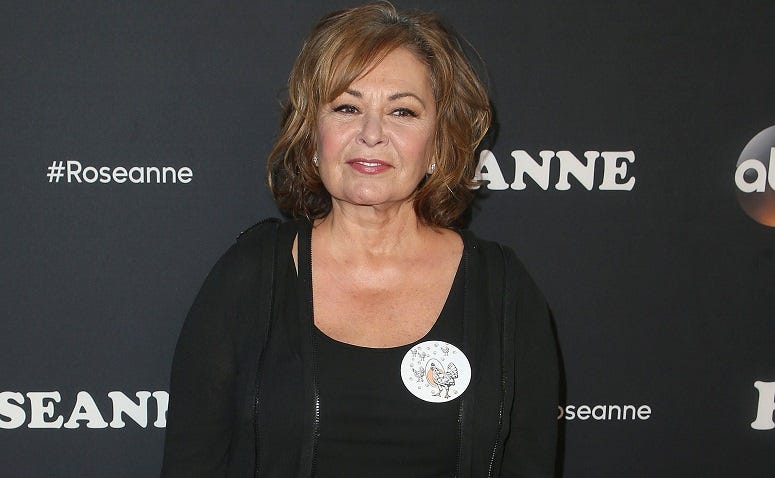 NEW YORK (1010 WINS) – Months after Roseanne Barr was abruptly fired from her namesake show, she says she continues to hold a grudge against Sara Gilbert, who played her daughter Darlene.

In the interview with the Washington Post, Barr revealed she was suicidal after ABC canceled the popular reboot of “Roseanne” over a tweet in which she compared a former Obama adviser to an ape.

She says she was in her mom’s Utah basement “chain-smoking and in tears” after ABC canceled the show last May.

Barr blamed a tweet Gilbert wrote for both her firing and the public backlash she received.

At the time, Gilbert tweeted that Barr’s comments were “abhorrent and do not reflect the beliefs of our cast and crew or anyone associated with our show. I am disappointed in her actions to say the least.”

Roseanne’s recent comments about Valerie Jarrett, and so much more, are abhorrent and do not reflect the beliefs of our cast and crew or anyone associated with our show. I am disappointed in her actions to say the least.

“She destroyed the show and my life with that tweet,” Barr said before comparing her former TV daughter to Hannibal Lecter. “She will never get enough until she consumes my liver with a fine Chianti.”

Gilbert also spoke with the Post, telling the paper: “I knew that Roseanne, the person, was unpredictable at times, but she told me this was her redemption.”

ABC’s new show without Roseanne, “The Conners,” has been renewed for a second season.