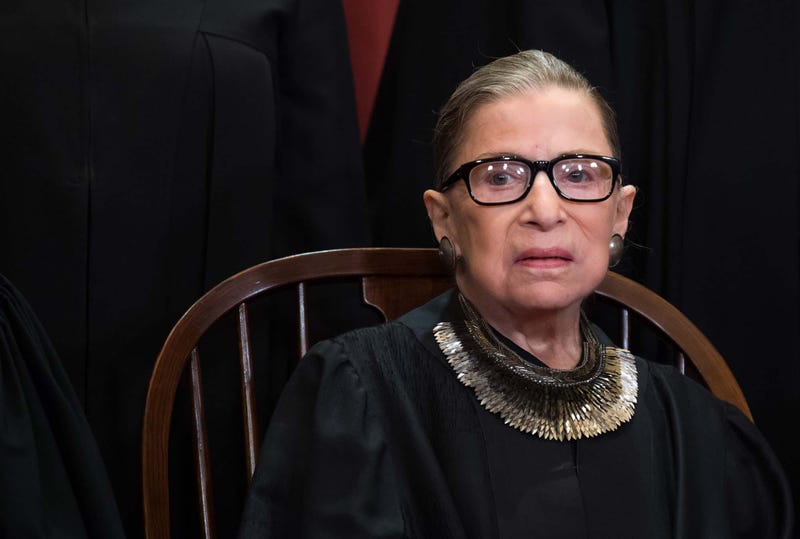 NEW YORK (1010 WINS) -- Supreme Court Justice Ruth Bader Ginsburg, 87, kicked off Wednesday by participating in telephone Obamacare-related arguments from her bed at Johns Hopkins Hospital in Baltimore, where she’s been since Tuesday for an infection caused by a gallstone.

The Brooklyn native underwent non-surgical treatment at the hospital, the Supreme Court said Tuesday. According to the court, Ginsburg had acute cholecystitis, a benign gall bladder condition.

She will be in the hospital for up to two days, the court said.

The Supreme Court is hearing a dispute Wednesday over Trump administration rules that would allow more employers who cite a religious or moral objection to opt out of providing no-cost birth control to women.

The dispute stems from the Obama health care law, under which most employers must cover birth control as a preventive service, at no charge to women in their health insurance plans.

Ginsburg’s first question was a lengthy one, essentially saying the Trump administration tossed “to the wind” the requirement in the Affordable Care Act that women have seamless access to no-cost contraceptives.

Because of Ginsburg’s seniority on the court she has been third to ask a question during this week’s telephone arguments, following Chief Justice Roberts and Justice Clarence Thomas. But Thomas apparently was having some technical difficulties when Roberts first called on him. Instead, Thomas followed Ginsburg with questions.

Following Tuesday night's announcement that Bader Ginsburg was hospitalized, White House press secretary Kayleigh McEnany tweeted, "Our prayers are with Justice Ruth Bader Ginsburg. We wish her a speedy recovery as we send our love and well wishes!"

In a testament to Ginsburg's stamina, she will participate in the telephone arguments on Wednesday, the court announced.

And ABC News confirmed that Ginsburg has been "continuing her famous workouts" during the pandemic in an area of the courthouse designated for her use.

Ginsburg has been treated for cancer four times. She declared herself  "cancer free" in January. 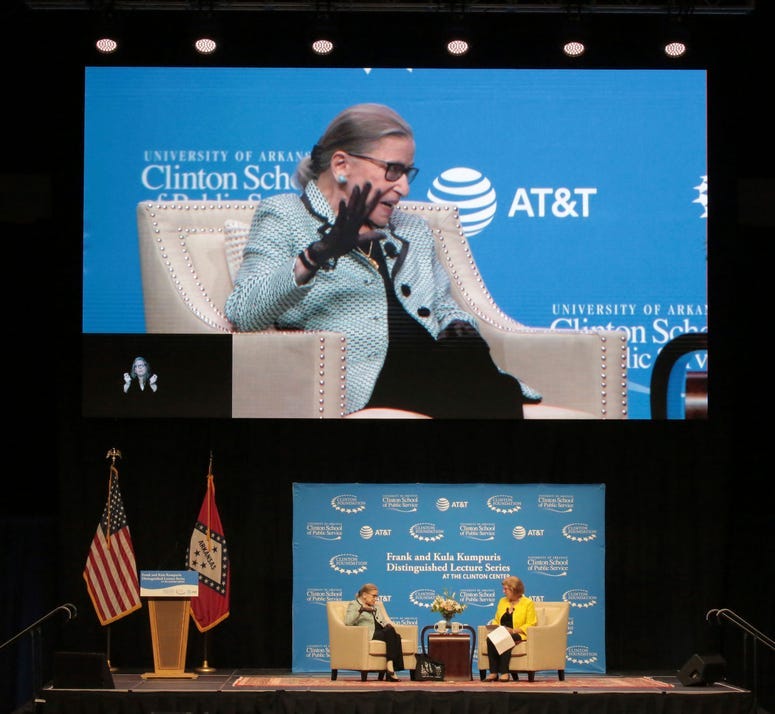