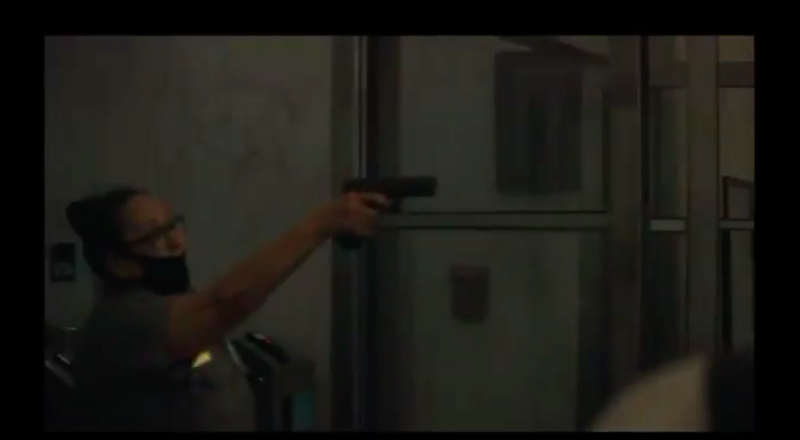 Today as New Yorkers tried to make their way into the lobby of the Javits Federal building in downtown Manhattan that houses ICE, they had a gun pulled on them by a woman who appears to part of the private security firm that guards the building.