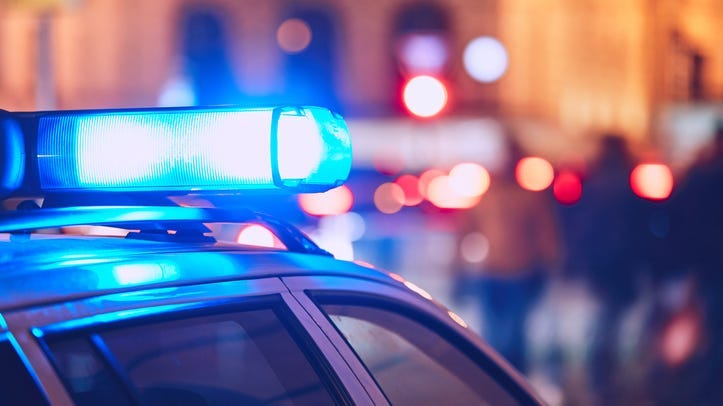 NEW YORK (1010 WINS) -- A man was arrested Thursday after he allegedly killed his father inside their Long Island home.

The incident occurred around noon at the 72-year-old man's residence on Dixon Avenue in Amityville.

According to Suffolk County police, the victim was on a video chat when he was stabbed by his 33-year-old son.Another person on the video chat noticed the victim collapse and called the police but didn't know where the victim lived.

It took the other participants about 10-15 minutes to figure out his name and address, ABC7-TV reports.

The report adds that the son answered the door, slammed it on them, and then proceeded to flee by jumping out the window.The son was caught approximately a mile away from the residence a short time later, officials said.

The suspect was later identified as Thomas Scully-Powers.

While being walked out of a police station Friday, Scully-Powers told reporters of his father, "He raped me with a gun."

“HE RAPED ME WITH A GUN”: murder suspect Thomas Scully-Powers, 32 makes wild accusations against his 72 year old father, whom he allegedly stabbed to death while on a Zoom meeting in their Amityville home. @PIX11News @SCPDHq pic.twitter.com/6wu2cJu9uX