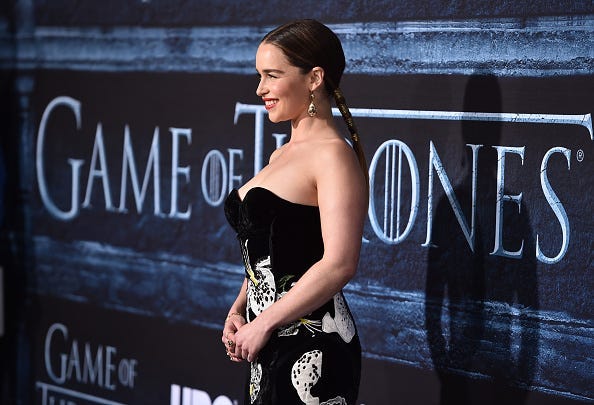 Fans of "Game of Thrones" noticed a coffee cup in a scene from the fourth episode of the season titled 'The Last of the Starks'. It makes an appearance during a scene when a toast is being made to Jon Snow as part of a post-battle meal.

Fans speculated it was Starbucks, but that has not been confirmed.

HBO issued a cheeky statement, saying, "In response to inquiries from those who saw a craft services coffee cup in Sunday night's episode of 'Game of Thrones,' HBO state, 'The latte that appeared in the episode was a mistake. Daenerys had ordered an herbal tea."

Needless to say, screenshots have been popping up all over social media.

So this is where we're at now! A Starbucks cup! #GameofThrones pic.twitter.com/dhWXyDo15w

The cup is placed closest to Daenerys, but she already has a drink. Still, social media users speculated as to what kind of coffee the Mother of Dragons would be drinking if there was Starbucks available in Winterfell.

You can see it for yourself at 17:40 into the episode.