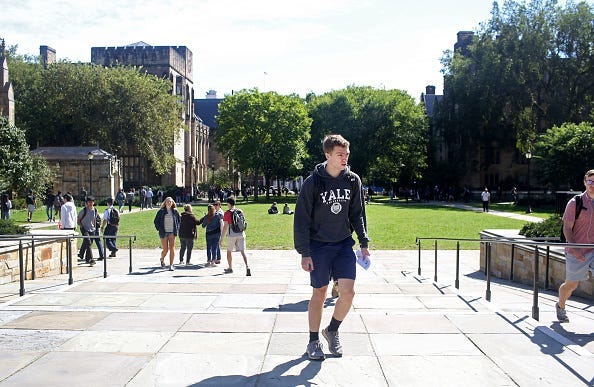 The suit seeks to force the frats to admit women.

They claim that because women are shut out, they are deprived of the social and economic benefits offered by all-male fraternities including alumni networks, that can help land jobs.

"It's not only breeding a very toxic sexual culture but also is giving undue economic and professional benefits to the male fraternity members,'' said one plaintiff.

The suit acknowledges that there are sororities on campus, but their power and influence pales in comparison with fraternities.

An attorney for the fraternities called the suit baseless.