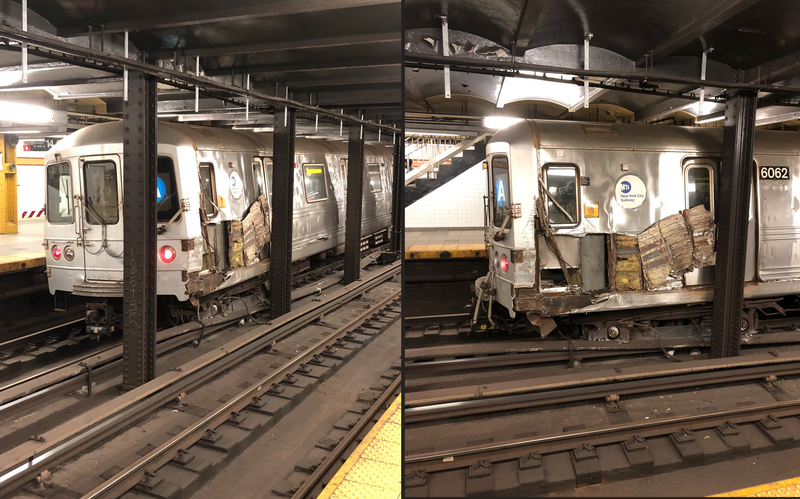 Demetrius Harvard, 30, is accused of tossing the debris onto the tracks which caused a northbound A train carrying 135 people to derail at the 14th Street/Eighth Avenue station in Chelsea around 8:15 a.m., according to officials.

The train came in contact with debris on the track bed as it was pulling into the station on the northbound express track, causing four wheels to leave the tracks, officials said.

Harvard faces charges that include reckless endangerment, criminal mischief, assault and criminal trespass charges in the incident that created delays to the transit system, officials said.

He was questioned at Transit District 2 and later arrested.

Sources told the Daily News that a homeless man placed metal clamps on the tracks and was “laughing at his accomplishment” after the train derailed. Witnesses reportedly helped detain him until police arrived and took him into custody.

No one suffered any serious injuries and all passengers were safely evacuated, officials said. 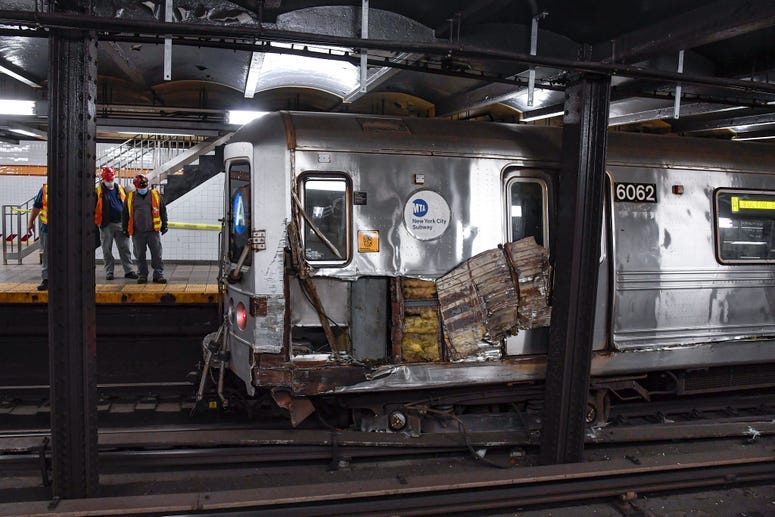 At a briefing, officials said they had ruled out any malfunction or inappropriate action by crews. They said it appeared to be “some sort of vandalism or something that was put on the track” and that “the trains weigh quite a bit ... so it’s something significant that would cause the derailment.” 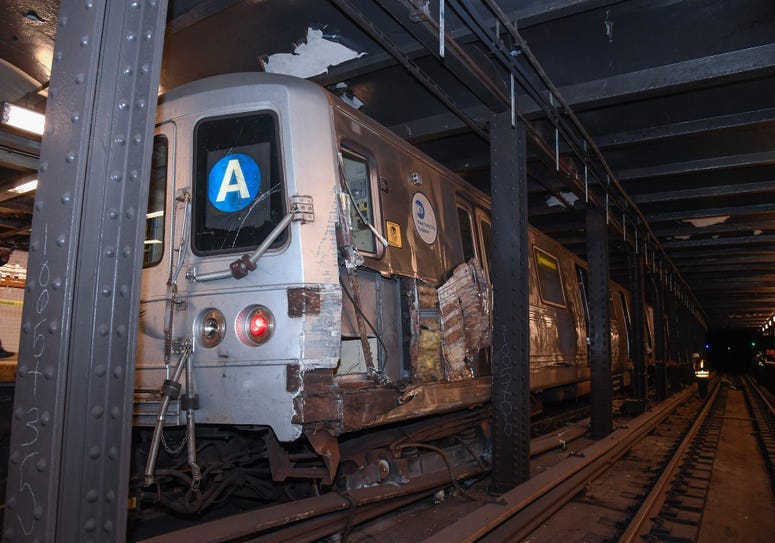 Images from the station show extensive damage to the front car of the train as well as the tracks.

“It looks like the front, left end of the first car … was sheared off by one of the vertical support beams or columns,” witness David Lavine told 1010 WINS.

There was significant damage to the track components, including several hundred feet of third rail, officials said. Four structural columns were also damaged. Engineers were on scene assessing the damage. The train car had damage to its side and undercarriage as well, according to officials. 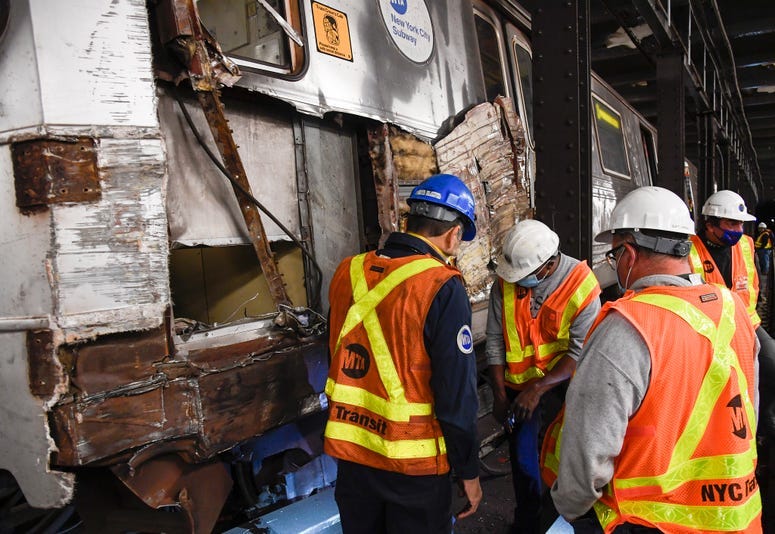 The derailment caused a loss of power to all four tracks and left a northbound A train carrying 125 people near 34th Street stuck in a tunnel, officials said. All passengers on that train were safely evacuated at 34th Street.

There are extensive delays and service changes after an A train stuck debris on the tracks at 14 St. NYPD is actively investigating. Our heroic employees are working around the clock to repair resulting damage to the tracks. pic.twitter.com/LPTWpUF3QG 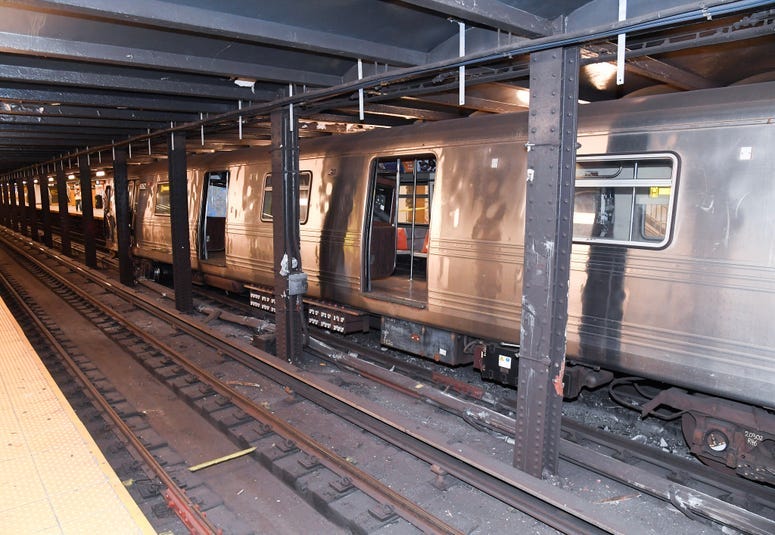 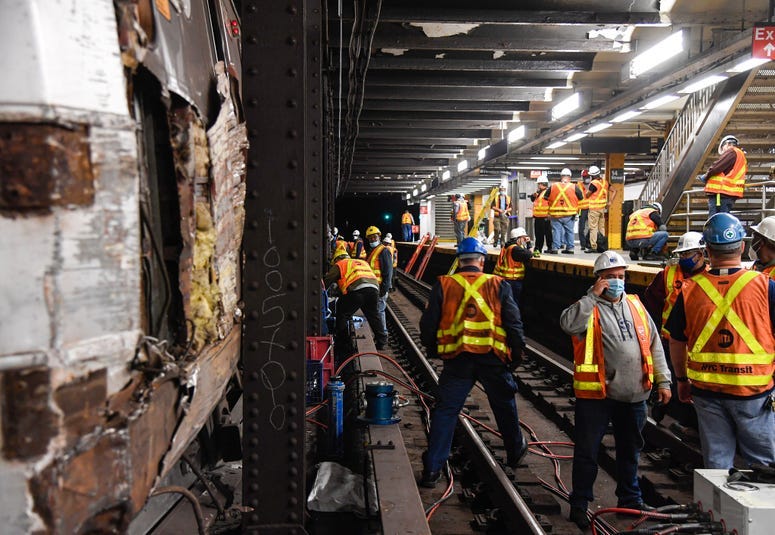 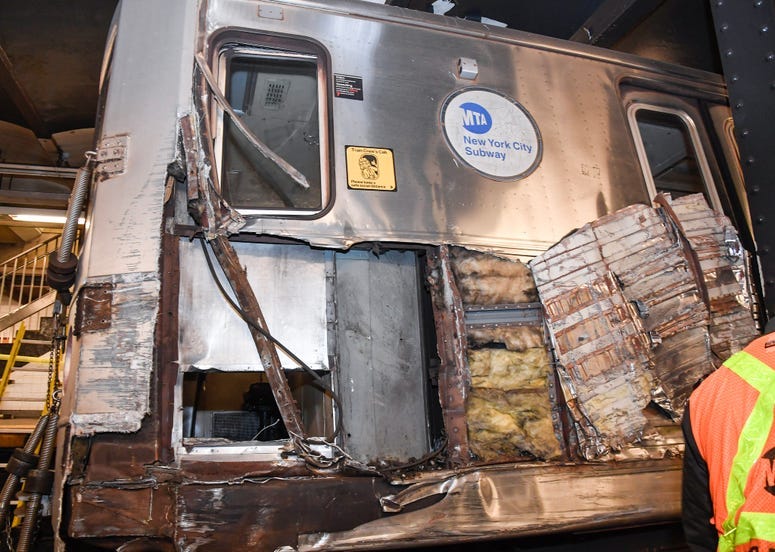 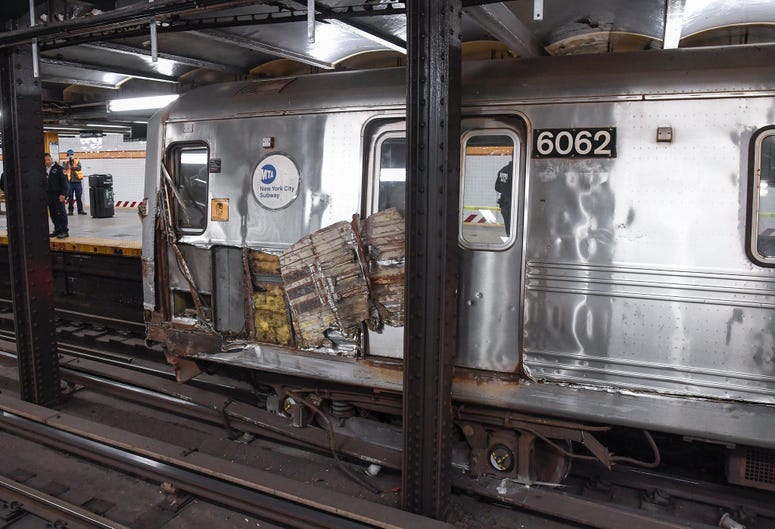 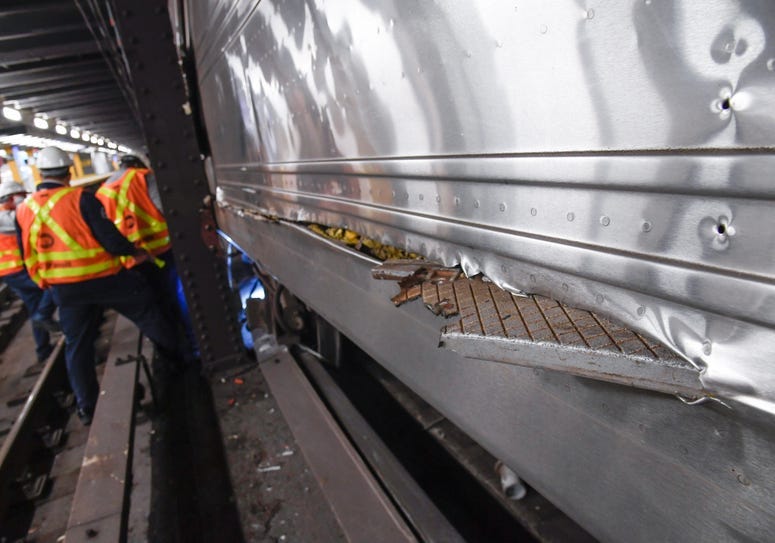