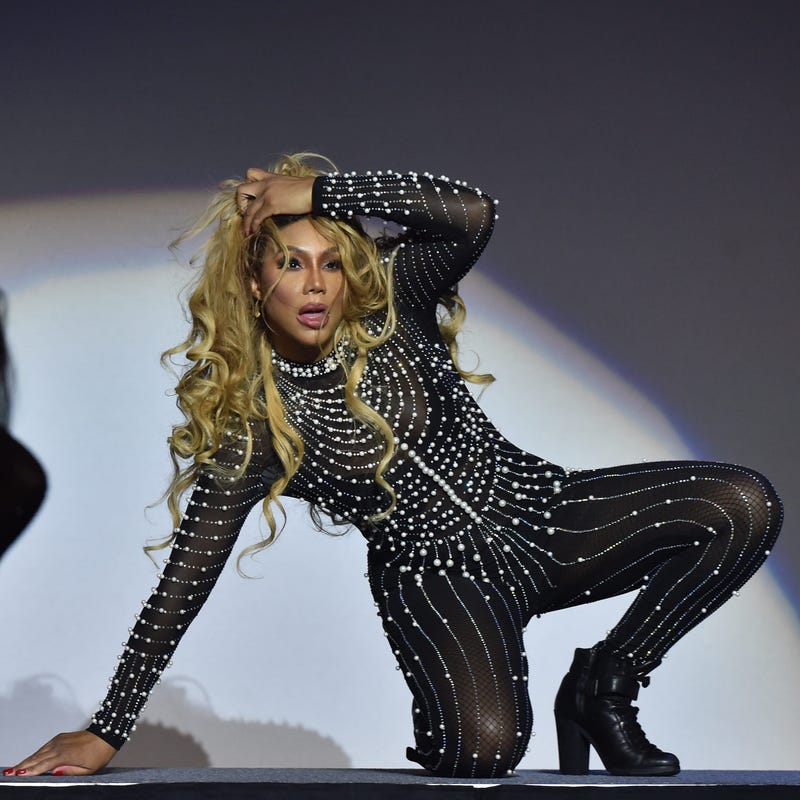 Braxton, the sister of Toni Braxton, was in stable condition but remained unconscious, The Blast reported following her hospitalization. Her boyfriend, David Adefeso, reportedly found her unconscious.

"Tamar has had a very tough and emotional day – more information will be coming in the next few days. Please pray for her," Tamar Braxton's rep told The Blast, without providing further details.

1010 WINS has reached out to reps for Tamar and Toni Braxton for additional comment.

The LAPD confirmed to the website that it responded to a call around 9:45 p.m. to a 43-year-old female who had a medical emergency, listed as a "possible overdose," but it did not reveal the woman's identity.

A message was posted to Tamar Braxton and Adefeso's YouTube show's page, saying that Braxton was "under the weather" so the show would not take place as scheduled.

"Hello Ya'll Unfortunately, Your girl Tamar is under the weather today and not feeling well so we need to postpone today's show (Don't worry it's not Covid)," reads the message. "We're sad because we had a great show lined up for you today, but next week’s show is going to be even bigger and better. so sorry for the inconvenience, we know many of you look forward to the show every week. we'll make it up to you next week."

In addition to her YouTube show, she has a new We TV reality show, "Get Ya Life," in May, her VH1 show "To Catch A Beautician" debuted. She also appears on "Braxton Family Values."