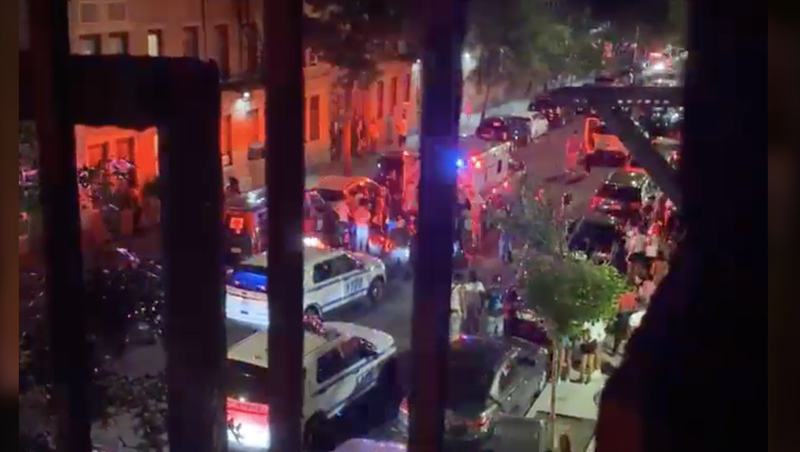 NEW YORK (1010 WINS) -- A teen athlete was fatally shot in the Bronx overnight amid the recent rise in gun violence in New York City.

The shooting was just one of dozens over the weekend.

At approximately 11 p.m. on Sunday, police responded to call of a male shot in front of 1735 Davidson Avenue in the Morris Heights section,

Hendricks had just graduated James Monroe High School Thursday where he was a star basketball player and was high on pro-team recruiters lists.

The victim's coach told 1010 WINS that the entire basketball team was in the hospital last night, praying Hendricks would pull through.

There are no arrests and the investigation remains ongoing.

The NYPD reports that there were 35 victims in the 25 shootings that occurred over the weekend across the five boroughs with 11 people shot in 12 hours Saturday into Sunday.