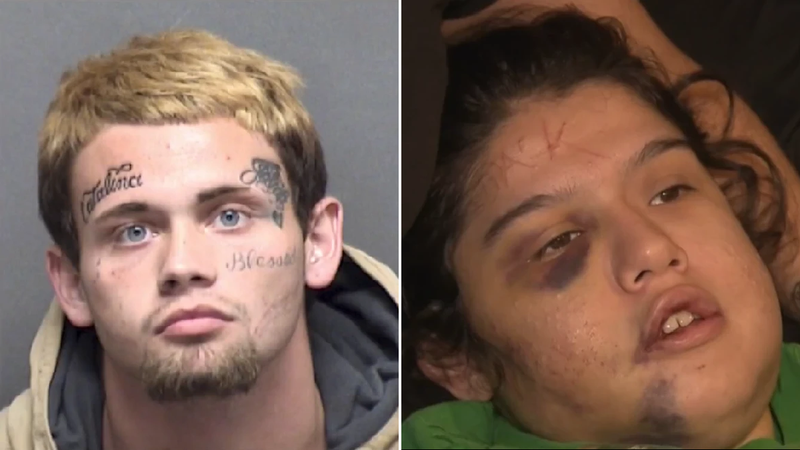 NEW YORK (1010 WINS) -- A Texas teen was arrested Friday after he carved his name into his girlfriend's forehead with a knife, police said.

Bexar County Police said the shocking act was part of an assault on the 22-year-old Catalina Mireles by Jakub Jackson Hildreth, 19, that lasted hours.

He also punched her 10 times before carving "JACK" into her forehead. She was left with a broken jaw in three places.

Hildreth was charged with aggravated assault with a deadly weapon. Hildreth reportedly had two outstanding warrants, including one for assaulting a family member by strangulation, at the time of his arrest.

Mireles told police the pair had gotten into a fight early Thursday and it lasted into the afternoon.

“He was going to put me in the closet until he figured out what he was going to do with my body,” Mireles told KSAT. “Don’t trust everybody you think you might know.”

The pair only met three weeks ago on Facebook.