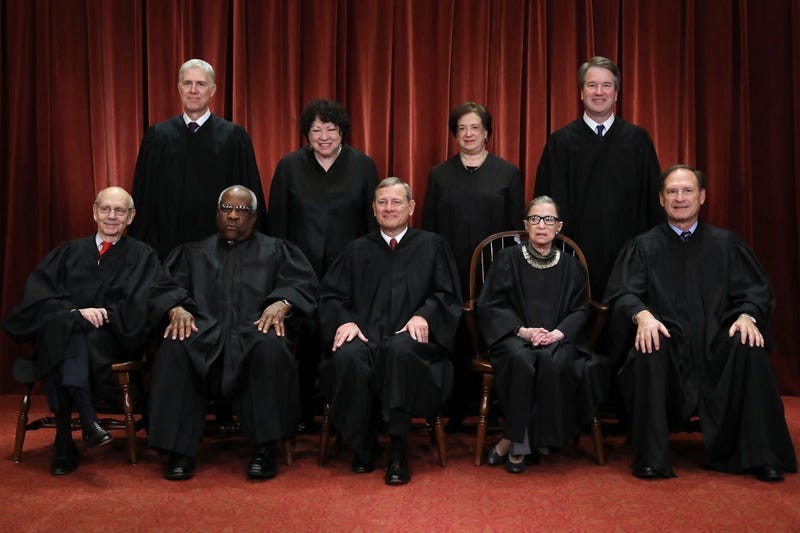 It sure doesn't sound like one of the Supreme Court Justices muted their phones Wednesday, while hearing arguments.

The Twittersphere lit up after what seemed to be the sound of a toilet flushing was heard during oral arguments, which are being broadcast live (at the 6-second mark in the video above). And in a first, because of the coronavirus pandemic, some of the Justices called in.

The apparent sound of a toilet flushing was heard while Roman Martinez, an attorney for the American Association of Political Consultants. Producers from C-SPAN were among to flag the incident.

Now, no one is pointing fingers -- nor has the Supreme Court commented yet -- but on Monday and Tuesday, Justice Sonia Sotomayor forgot to unmute herself, and to be fair, it was only for a moment.

1010 WINS has reached out to the Supreme Court for comment.

The Supreme Court is hearing a dispute over Trump administration rules that would allow more employers who cite a religious or moral objection to opt out of providing no-cost birth control to women.

The dispute stems from the Obama health care law, under which most employers must cover birth control as a preventive service, at no charge to women in their health insurance plans.