NEW YORK (1010 WINS) – Police are searching for a woman who stole hundreds of dollars from a woman in a wheelchair as she withdrew the cash from a Bronx ATM.

The 65-year-old victim was at a bodega on Boston Road, near 169th Street, in Morrisania earlier this month when she was approached by the suspect, police said. 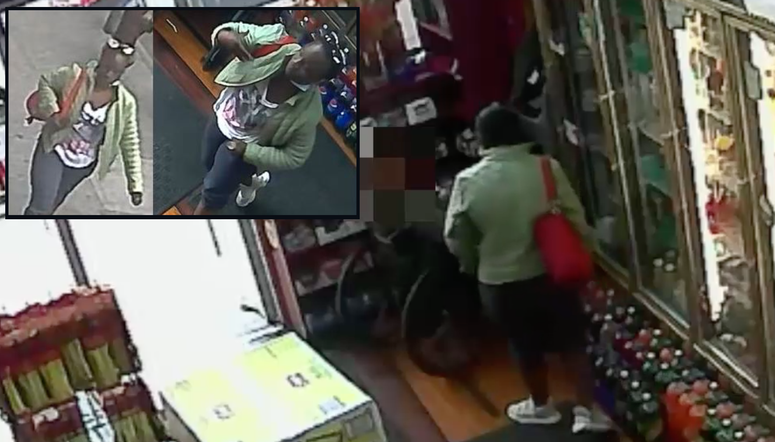 The woman asked the victim for money, and when the victim refused, she snatched $200 from her hand and took off, according to police.

Video released by the NYPD on Sunday shows the suspect grabbing the cash and fleeing out the front door of the bodega.