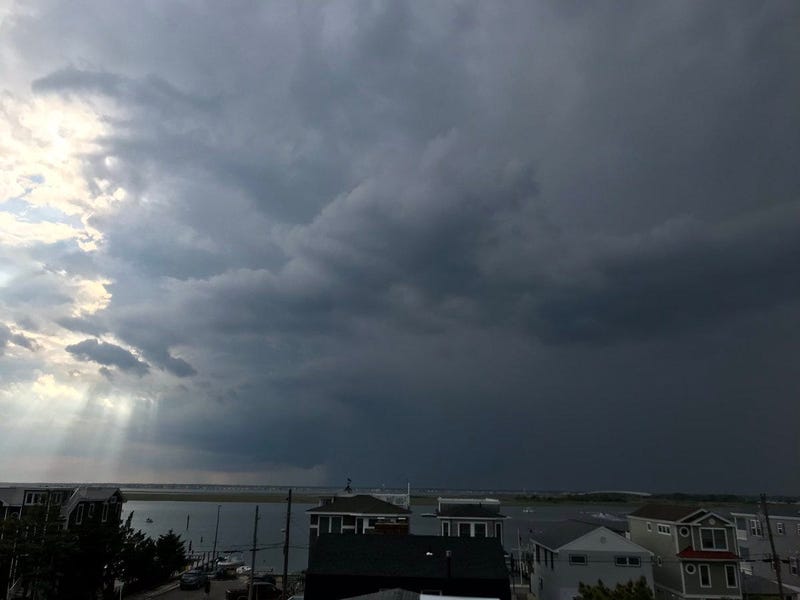 A tornado warning was also issued for Staten Island, though no twisters actually hit.

Several thousand customers are still without power in New Jersey.

A tornado may have touched down in the tiny town of Stanhope in Sussex County and there was a water spout in the Delaware Bay. In between #NewJersey got blasted. And more wild weather is on its way. #AccuWeather updates. #1010WINS https://t.co/on1RtIpon6 pic.twitter.com/KFht3OLyFm