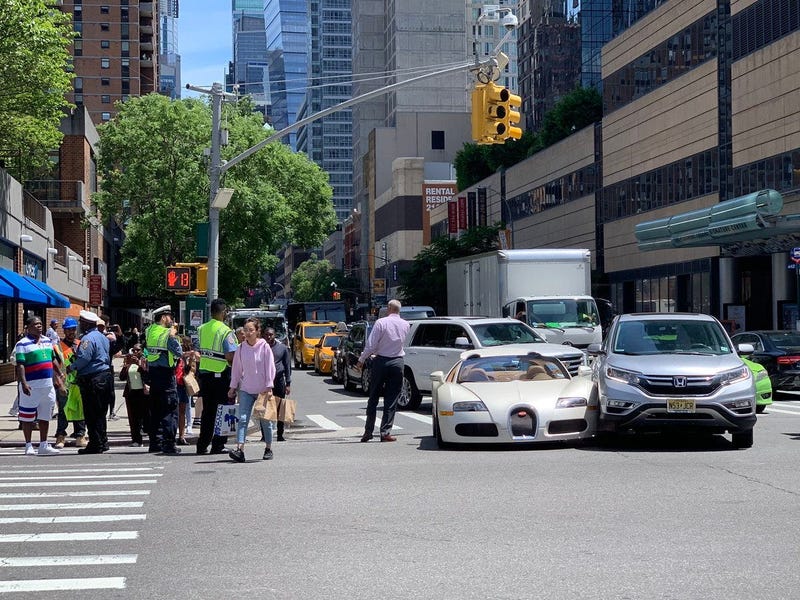 NEW YORK (1010 WINS) -- Actor Tracy Morgan got into a fender bender in Hell's Kitchen Tuesday afternoon while driving his Bugatti. (In the photo above, he's on the far left, wearing a colorful striped shirt).

Photos posted to social media show the actor's car --- which has a starting price of $3 million -- side-swiped by a Honda CR-V. 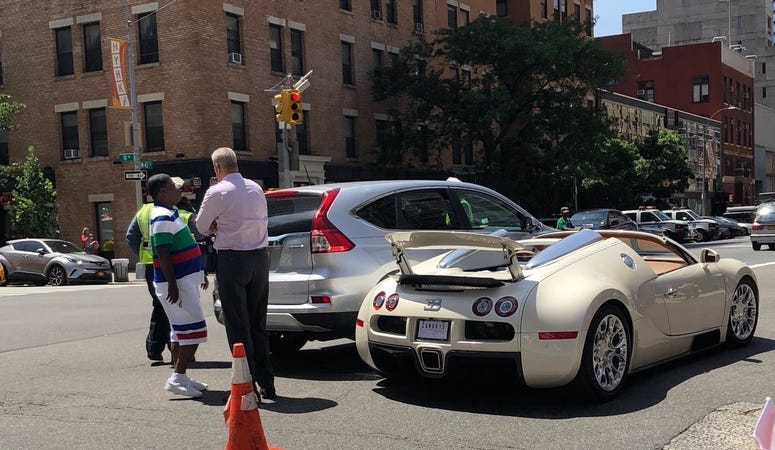 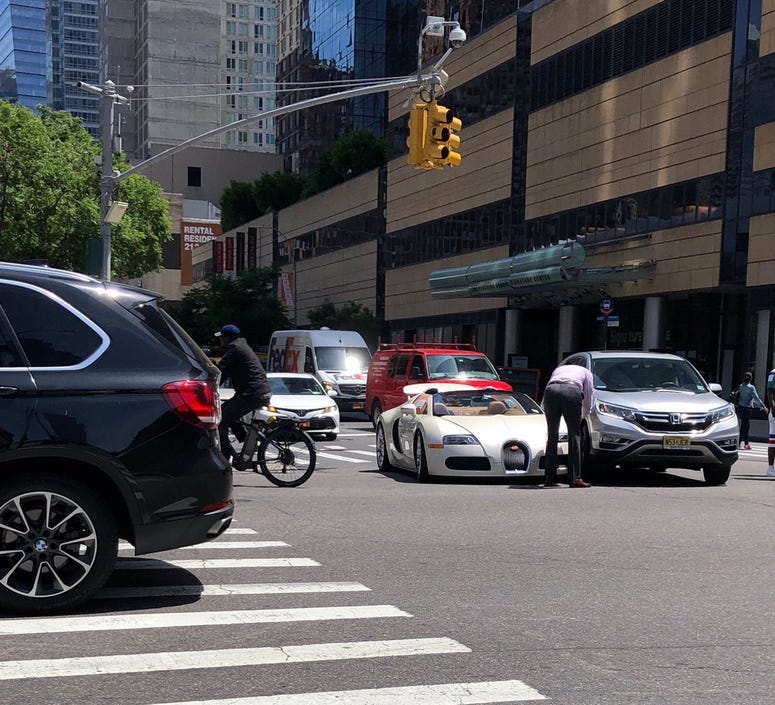 Photo show Morgan speaking with police, as a crowd of bystanders looks on.

It was unclear who was at fault in the incident.

This isn't the first time Morgan has been involved in an auto accident: Five years ago he was involved in a fatal car crash on the New Jersey Turnpike.  He landed a $90 million settlement after a Walmart truck slammed into Morgan's limo van, killing Morgan's friend and leaving the actor in critical condition.