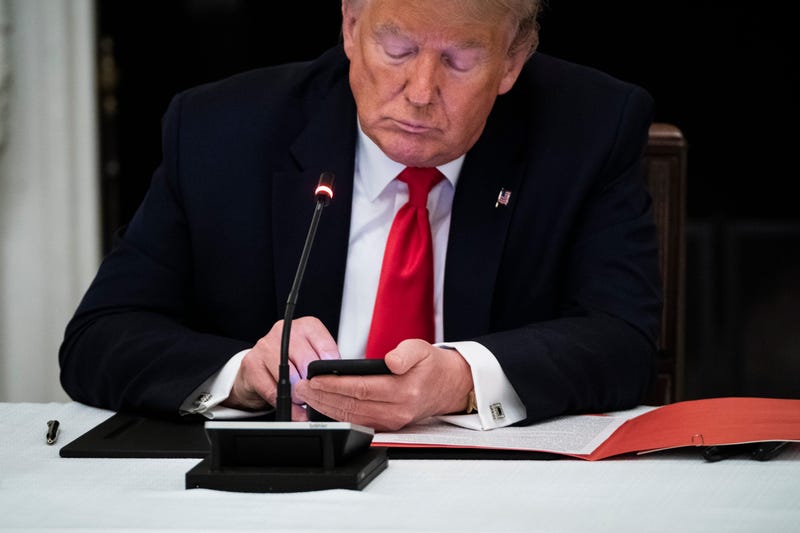 NEW YORK (1010 WINS) -- President Trump has made a bold admission: he does regret some of the tweets he posts.

"Often, too often," the tweeter-in-chief said, when asked by Barstool Sports' Dave Portnoy if he ever wakes up and thinks, "I wish I didn't send that one out."

Trump continued, "It used to be in the old days before this, you'd write a letter and you'd say this letter is very big. You put it on your desk and then you go back tomorrow and you say, 'Oh, I'm glad I didn't send it,' right? But we don't do that with Twitter, right? We put it out instantaneously, we feel great, and then you start getting phone calls -- 'Did you really say this?' I say, 'What's wrong with that?' and you find out a lot of things."

Still, Trump said, "There are times when I love it. Too much sometimes, right?"